Rob Rhinehart: the guy who eats "dust" instead of food

Stop eating, and feed yourself using only the chemicals that our body needs, in the form of powder. It seems almost madness if conceived in these terms but it is the original experiment conducted on himself by Rob Rhinehart, software programmer from Atlanta, who created a cocktail to drink, made of powders rich in the nutrients the body needs.

Stop eat traditional meals, and eating using only the nutrients our body needs, in the form of powder. It almost seems madness if conceived in these terms but it is the original experiment conducted on himself by Rob Rhinehart, software programmer from Atlanta, who created a beer cocktail, made of powders rich in nutritional principles the body needs, telling the experience on his blog.

After a thorough study of all the substances the body needs to live, plus a few extras that have proven useful, the 24-year-old has extrapolated substances in chemical form from a variety of sources: “My kitchen looked more like a chemistry lab on the first morning, but in the end I produced an odorless, beige-colored liquid. I call it 'Soylent'. At the time I didn't know if he would kill me or if he would give me superpowers. I held my nose and brought it to my mouth, expecting a horrible taste ”.

This was not the case. There substance produced by Rhinehart, which he said contains what the organism needs to stay healthy, was "delicious", as he himself defined it. “I felt like I just had the best breakfast of my life. It tasted like a sweet, succulent, rich meal in a glass ”. Immediately after taking it, the young man said he felt the sense of satiety: “Several hours later I was hungry again. I drank another glass and immediately felt better ”. Operation repeated also in the following days. 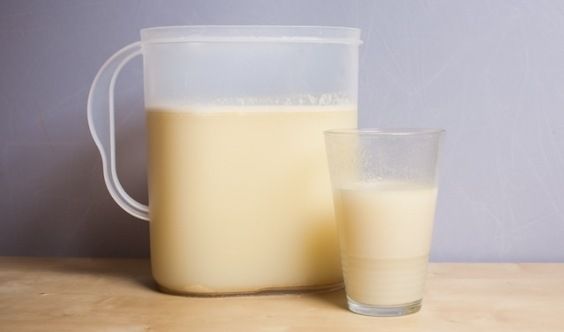 In this way, by consuming only the raw materials that the body uses for energy, the boy has shown that to have a dperfectly balanced ieta and to be in good health food is not absolutely necessary: ​​“Probably for our cells getting the nutrients from a powder or a carrot is indifferent. I haven't eaten a single bite of food for 30 days, and that has changed my life ”.

In addition to getting a notable saving of time, money and above all food resources. Today the young man has adopted it with his own eating style, taking 5 minutes to produce his Soylent, which he takes five times a week. Only two 'traditional' meals taken in 7 days. There are no dishes to wash, no detergents to use, no fridge. And against an average expense of about $ 600 a month on food, Rhinehart now spends about $ 50 to produce his "powder".

Small curiosity. The name Soylent is inspired by the human meat biscuits designed to feed humans in the science fiction film "2022: The Survivors" ("Soylent Green") from 1973, but its product is obviously human-free!

- “Less, but better”: the right way to eat meat that will save the world?

- Acidifying foods and alkalizing foods: the secret to rebalancing the body's pH

Lidl food processor for 2 euros? Don't trust me! This is a scam ❯

add a comment of Rob Rhinehart: the guy who eats "dust" instead of food