Rhubarb: properties, uses and recipes for using it

Il rhubarb it is a perennial herbaceous plant that grows spontaneously in Europe and Asia and which can also be grown in the garden. There are numerous species of rhubarb (Rheum) considered to be native to Tibet and China.


Since ancient times, rhubarb was used for both ornamental and medicinal purposes especially in Asian populations with particular reference to China and Mongolia. The rhubarb harvest takes place during the second year of cultivation in spring and summer, especially between May and June. The most widespread and well-known species of rhubarb is the Chinese rhubarb (Rheum palmatum) insieme al officinal rhubarb.

They are usually used the ribs and the fleshy leaf petioles as a culinary ingredient, while the use of the leaves is not recommended due to their high content of oxalic acid. Regarding phytotherapy e herbalist's shop, the focus is on the rhizome of rhubarb that is considered very useful for regulating digestion, with particular reference to the secretion of gastric juices and bile. In general, however, natural medicine considers rhubarb an excellent remedy to improve digestive and intestinal functions, if its intake is well dosed.

Properties and herbal uses of rhubarb

The rhizome of rhubarb is used for its laxative properties but you must not exceed the doses, otherwise it can become a very powerful purge. In this case, it is better to ask your trusted herbalist for advice to know the exact doses of rhubarb to take to obtain a correct laxative effect.

At one time the roots of rhubarb (a term that means "barbarian root") were imported dried from China, then its cultivation also spread to Europe. In herbal medicine, il Rhizome of Rhubarb after it was edried. It is harvested from plants that have reached 3 or 4 years of age.

As for the herbal uses with rhubarb, especially with its rhizome, they are prepared decoctions, infusions, tinctures and powdered extracts. Herbal products based on rhubarb are used, for example, in the case of constipation, dysmenorrhea, amenorrhea and to regulate the appetite.

The strong laxative effect of rhubarb is the major contraindication linked to its excessive use. The intake of rhubarb is contraindicated in pregnancy and lactation, in children under the age of two and in patients suffering from gastrointestinal problems like colitis. The rhubarb leaves contain many oxalates, their intake is strongly not recommended for those suffering from kidney stones and, in general, rhubarb leaves can cause intoxication, therefore the use of rhubarb as a herbalist and in the kitchen is mainly limited to the rhizome and leaf petioles .

Rhubarb in the kitchen

In cooking and in food, rhubarb is traditionally used for the preparation of liqueurs and digestives, as well as jams, infusions, decoctions and jams. At the industrial production level, rhubarb is often present as an ingredient for flavoring herbal candies or balsamic candies. For your recipes you will use rhubarb ribs.

Rhubarb is used to prepare both sweet and savory recipes, starting with the classics jams, but you can also choose it to prepare a dessert, for example a cake or a tart, or a different salad than usual to serve as a side dish. Here are some recipes with rhubarb.

With the rhubarb one is prepared homemade jam starting with rhubarb ribs, sugar (instead of white sugar you can choose whole cane sugar), organic lemon juice and zest. THU the recipe for rhubarb jam. 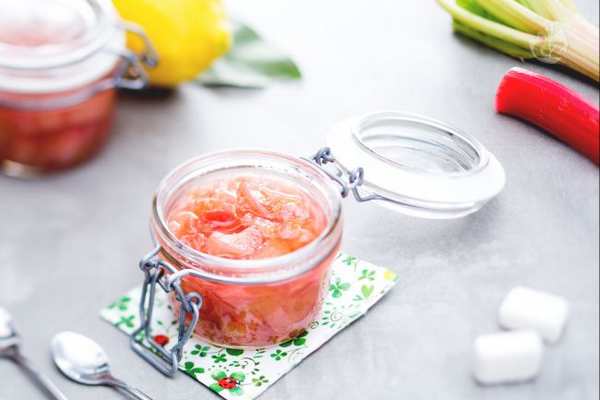 To prepare a sweet tart with a rhubarb-based filling you can make the classic shortcrust pastry as a base and then obtain a cream to which you can combine yogurt, raspberries, sugar and eggs according to the recipe that we propose. THU all the instructions to follow. 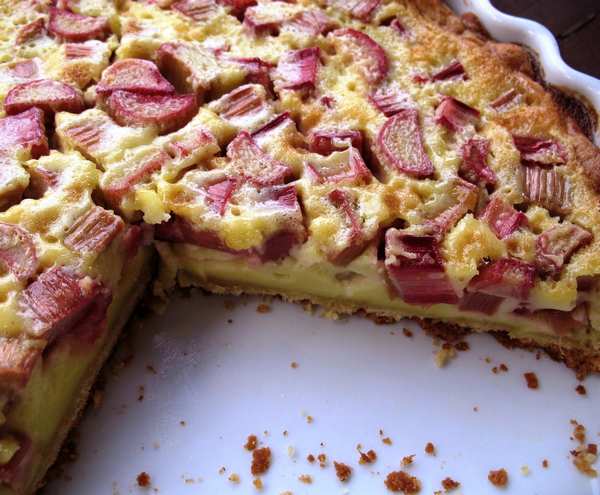 Starting with a rhubarb stalk washed and peeled you can prepare a mixed salad to which you can add boiled and diced potatoes, diced carrots, both cooked and raw asparagus, lemon juice and some accompanying tarallino. THU an easy recipe to follow. 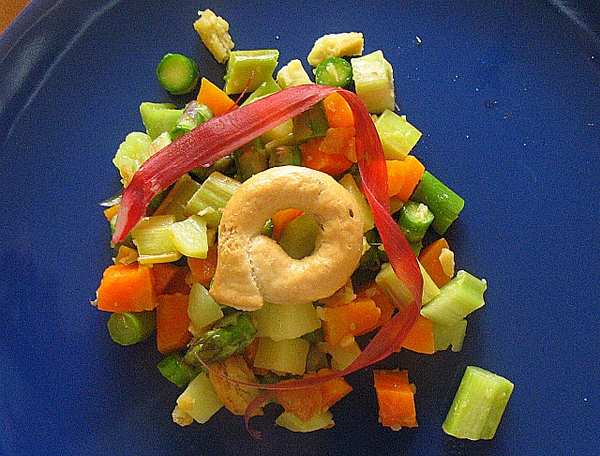 Bittersweet side dish with rhubarb

To prepare a portion of bittersweet garnish with rhubarb you will need: half a red onion, oil, salt, pepper, bay leaf and three tablespoons of red wine, a stalk of rhubarb, water as required. You can serve this side dish as an accompaniment to your main courses. THU recipe. 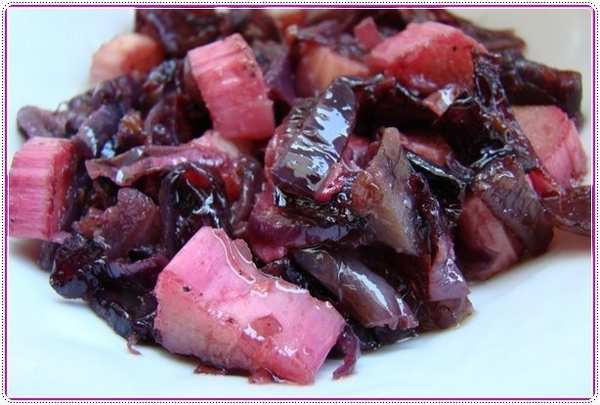 At the table also the eye wants its part and these rhubarb steaks to be served as a dessert they are really beautiful to look at. If you want to prepare a rhubarb-based dessert then you can try this truly original recipe with ricotta filling. Strawberry rhubarb is used for its bright red color. THU recipe. 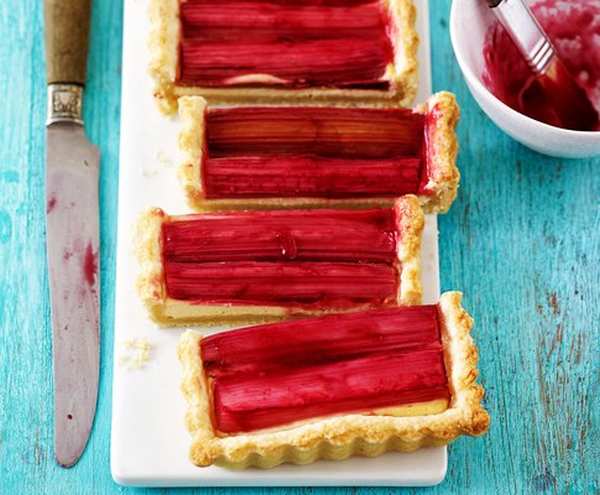 Aloe, rhubarb and alcohol: the centenary elixir of life has been found in the heart of New York

10 perennials to sow once and grow forever

These breakfast cereals are causing vomiting and diarrhea in over 500 children and adults, FDA investigation begins in the US ❯

add a comment of Rhubarb: properties, uses and recipes for using it