Red wine is good for the skin 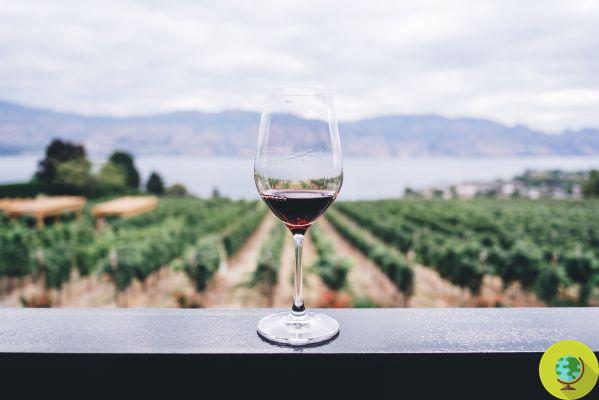 Resveratrol, the number one antioxidant in red wine, is said to be able to inhibit the growth of acne-causing bacteria

Red wine against acne. That's right, my ladies, without losing sight of your proverbial femininity (read: without getting drunk), you could also take care of your skin with Bacchus juice and add another piece to your green spirit already devoted to natural remedies. The secret is in the resveratrol, a substance from antioxidant virtues found in grape skin and, to a lesser extent, in Red wine.


Whatever some say research (according to which this resveratrol is not all this reverie), the number one antioxidant in red wine is actually capable of inhibiting the growth of acne-causing bacteria. At least this is what emerges from a study conducted at the University of California at Los Angeles.

According to the researchers, if you combine resveratrol with a common acne-based drug benzoyl peroxide, the proliferation of the microorganism propionibacterium acnes is reduced. His antibacterial action aimed at arresting the formation of free radicals that damage cells and tissues, in fact, would go hand in hand with that of benzoyl peroxide which, on the other hand, creates free radicals capable of killing the bacteria that cause acne.

“We initially thought that since the actions of the two compounds oppose each other, the association should cause them to cancel each other out, but it happened - explains Emma Taylor, assistant professor of medicine in the division of dermatology at the David Geffen School of Medicine at UCLA - This study demonstrates that the combination of an oxidant with an antioxidant allows for mutual enhancement and helps to sustain bacterial counteractivity over a period of longer time ".

In practice, while benzoyl peroxide is capable of killing acne-causing bacteria at any concentration, but for up to 24 hours, resveratrol, on the other hand, does not have the same ability to kill bacteria, but it still manages to inhibit its growth for a very long period. So, the combination of the two compounds would have allowed to obtain prolonged bacterial effects, reducing the toxicity of the final product which, in the view of scientists, will be a more effective and less irritating cream (they say it will not be tested on animals and we hope that, in any case, it will have a INCI adequate to our eco-expectations!).

“It was like combining the best of both worlds and delivering a two-pronged attack on bacteria,” said senior author Jenny Kim, a professor of clinical medicine in the division of dermatology at the Geffen School.

While we await further evidence to support the American researchers' hypotheses, remember all of our advice and do-it-yourself remedies on how to get rid of these ugly pimples.

add a comment of Red wine is good for the skin