Raw milk: all the risks and benefits in a new study


Raw cow's milk: what are the risks and which i benefits related to its consumption? The raw milk Does it have health properties that heat-treated milk does not have or does it contain, rather, harmful pathogenic bacteria?

To the question try to answer theZooprophylactic Institute of the Venezie than in one study assessed the risks and benefits associated with the consumption of raw cow's milk through the approach BRAFO, acronym that stands for Benefit-Risk Analysis of Foods, which is nothing more than an analysis tool that aims to evaluate the pros and cons of taking a certain food.

The analysis was conducted by considering and comparing two groups of consumers: the first drinker of milk only subjected to a heat treatment, complete with boiling, the second consumer, instead, of raw milk only, i.e. milk not subjected to any treatment. industrial thermal or boiling during domestic preparation.

BENEFITS. As for the possible positive effects, the report simply analyzed previous studies, considering the only useful effect reduction of asthma cases in children fed exclusively with raw milk in the first years of life (1-13 years). Experts, therefore, affirm that it is not so much a matter of "an effect in itself favorable to health, but of the mere reduction of the probability of a negative state of health" and in any case of benefits that do not exceed 13 years of age. .

RISKS. To estimate the slightly more damaging effects of consuming raw milk, the researchers used the metric Daly (Disability Adjusted Life Years), which assesses the impact of diseases. The risks were divided into chemical (dioxin, dioxin-like PCB and aflatoxin M1) - excluded due to lack of scientific evidence in both types of milk - and microbiological - and for these the presence of Salmonella spp, Campylobacter spp., E.coli O157 VTEC.

Therefore, according to the analyzes, the risks are greater than the benefits, also because no surveys have been carried out in other age groups, as the advantages of taking raw milk over 13 years are not known.
Zero to one, therefore, for heat-treated milk. Basically, the study shows that the exclusive consumption of raw milk would cause a worsening of the state of health, while its only beneficial effect would be the reduction of the risk of asthma in children. 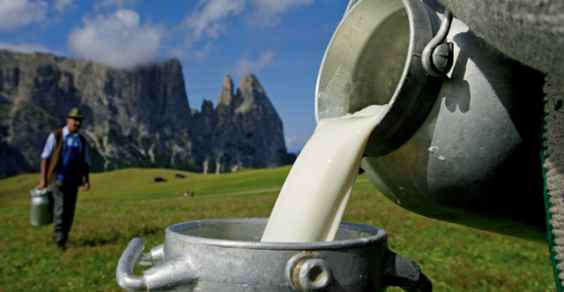 In short, raw milk yes or raw milk no? Some say yes to raw milk (Ministry of Health) but after boiling to eliminate the possible presence of pathogens. And others who, like Slow Food, affirm that these are limits to be placed only at pregnant women, to infants, the elderly and the immunosuppressed, "all groups that should also avoid raw meat and pay particular attention to consuming only carefully washed fruit and vegetables".

For the rest, with a glass of raw milk we choose to support our local farmers, to protect the environment by purchasing - at zero kilometer - reusable glass bottles.

Read all our articles on the raw milk.

Raw milk: it must always be boiled before being drunk. Word of the Ministry of Health ❯

add a comment of Raw milk: all the risks and benefits in a new study