The story of Maya, a little girl recovered from a severe form of eczema thanks to a diet made only of raw foods


This is the story of Maya, a little girl who since she was very small suffered from severe eczema which made all the skin on her body red and scaly, forcing her mother to regularly undergo treatments to alleviate the problem, mostly made up of steroid creams.

Initially, on the advice of the family pediatrician, Maya had simply been removed the cow's milk replaced with goat's milk, this is because it was thought that his skin's reaction could result from an allergy to cow's milk proteins. There had actually been an improvement in the early days but after a short time the girl's situation had worsened again.

The little girl frequently fell ill with a cold, probably a side effect of the extensive use of steroid creams, and the mother begins to understand that if you really want to solve the problem, you cannot continue to act with topical solutions that temporarily relieve the symptoms but do not act on the cause. 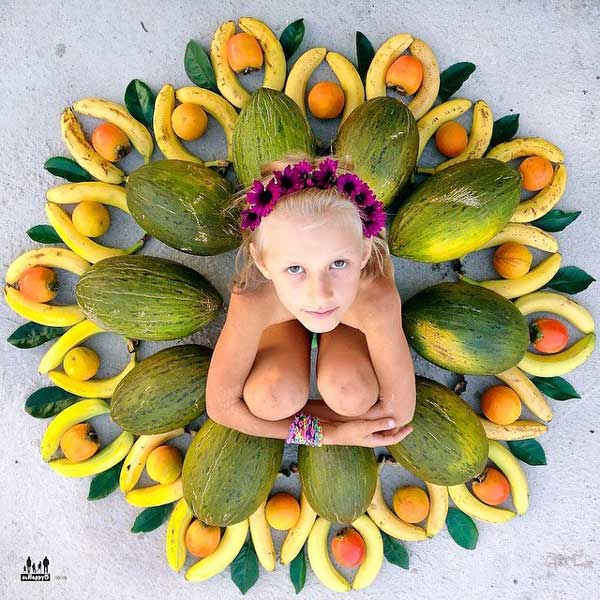 Here then is where food processing begins. A number of foods are eliminated from Maya's diet: milk, gluten and refined sugars. For a few years this was enough and the girl was actually better, at the age of 7, however, the eczema returns in an even worse form and in addition, some analyzes show that Maya has candida and intestinal parasites.

The mother then decided to remove meat and eggs from the child, however, the situation always remained serious, the little girl was losing weight and the fear that Maya would no longer be able to absorb the necessary nutrients made her seriously fear for her health. It is at this point that Mom runs into one vegan community on Instagram where, among other things, there was talk of the successes obtained in eradicating candida through a raw diet.

Thus the whole family of the little girl started a vegan diet based on fruits, vegetables, nuts and seeds, all strictly raw. Thanks to this change in diet, Maya's skin was completely healthy again within a few months. the dry spots and redness have disappeared that she had all over her body and now both the girl and the rest of the family are fully at ease thanks to the benefits obtained from raw food. 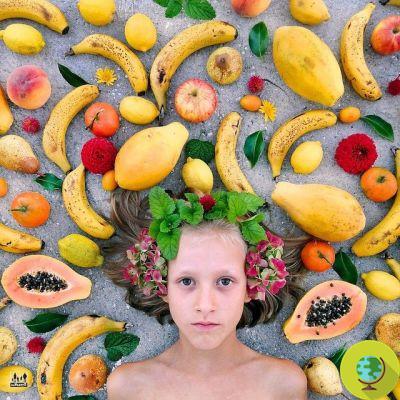 The first 3 months of the raw food diet were tough for the little girl because the body initially activated a strenuous one detoxification process after which, however, the improvements that led to complete recovery began.

Today Maya is in excellent health and the family to document and make known his story has opened a site as well as a rich Instagram profile on which he posts beautiful and colorful photos of the foods that are put on the table every day.

Dash diet: the diet that fights depression and hypertension ❯