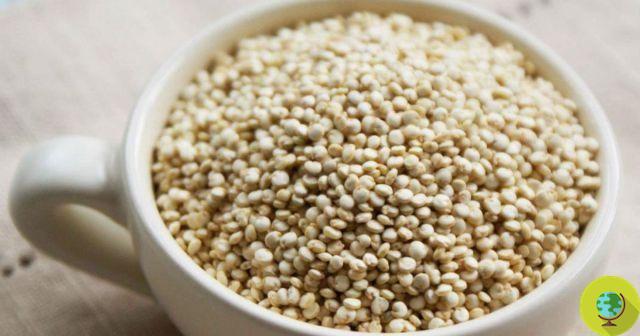 Bolivia presented its first plant for the production of quinoa milk, born with the support of the European Union. The new plant was recently inaugurated in the Andean city of Uyuni.

Bolivia presented its first plant for the production of quinoa milk, born with the support of the European Union. The new plant was recently inaugurated in the Andean city of Uyuni.


The EU funded 80% of an investment of $ 161. The economic support it also came from the Fautapo National Foundation which aims to stimulate production and employment in the country.

According to the creators of the project, up to now there was no other plant in the world designed to exclusively produce quinoa milk, so the initiative required the development of new technologies.

The pilot plant has started production of 4000 liters of quinoa milk per month for the school market, in the municipalities of Uyuni and San Pedro. This plant-based milk is made from a Bolivian variety of quinoa, called Quinoa Real.

Quinoa is high in protein and the vegetable milk obtained from it will keep its characteristics. Quinoa milk will be offered both natural and flavored with cocoa or vanilla. It will be rich in amino acids, vitamins and minerals.

The construction of the factory allowed to create an opportunity for employment for citizens Bolivians. Bolivia is one of the largest quinoa exporters in the world and now thanks to European aid it will also start offering high quality plant milk, based exclusively on quinoa, produced in a sustainable way and to economically support the country and the population.

Quinoa: properties, uses and where to find it

Quinoa burger: 10 recipes for all tastes

add a comment of Quinoa milk: production starts in Bolivia, with EU help