Psoriasis: the skin disease that discriminates 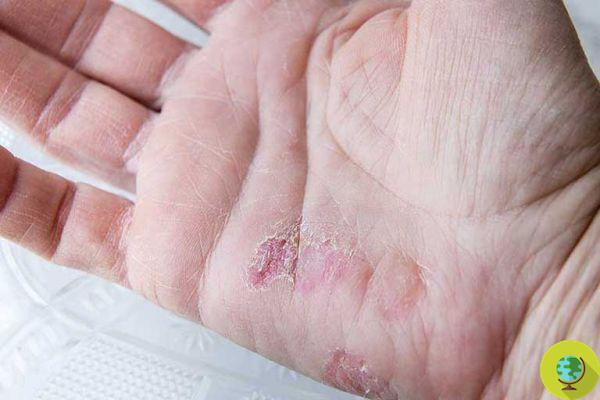 One in two people with psoriasis are asked if those spots are contagious, creating severe discomfort and sometimes depression and suffering.

Psoriasis: how much more there is to know ... Just consider that one in two people with this skin condition is asked if those spots are contagious. In short, we are still light years away from the exact idea of ​​psoriasis and this is confirmed by one of the largest studies ever carried out on the perception of the disease.


According to the results of the Clear about Psoriasis survey carried out on 8.338 people from 31 different countries, 84% of patients with moderate to severe psoriasis are victims of discrimination and humiliation and many of them (40%) are persistently stared at in public due to the condition of their skin.

From here, of course, a significant psychological impact that is not good. It is no longer simply an aesthetic problem, but a persistent, chronic and often distressing disease, which can affect even the simplest aspects of people's daily life.

READ also: PSORIASIS: SYMPTOMS, CAUSES AND THE MOST EFFECTIVE REMEDIES

In addition, according to the survey, 16% of the participants said to hide from the world as a defense mechanism, reflecting a sheer lack of hope and self-esteem, with 55% of respondents saying they don't believe their skin will ever be free or nearly free from injury. Still, psoriasis is one common, non-contagious, autoimmune disease, which affects up to 3% of the world population (data from the International Federation of Psoriasis Associations).

La plaque psoriasis it is the most common form of the disease and appears as raised red patches covered by a silvery white buildup of dead skin cells. Up to 30% of people with psoriasis are likely to developpsoriatic arthritis, as a result of which the joints are affected, causing debilitating symptoms, including pain, stiffness and irreversible joint damage. Psoriasis is also associated with others serious health conditions, such as diabetes, heart and metabolic diseases, depression, chronic inflammatory diseases, fatty liver and ankylosing spondylitis.

In a touching video (below), the body paint artist Natalie Fletcher, also suffering from psoriasis, sends a message: psoriasis is not contagious and those who suffer from it just need some extra attention.

Psoriasis, try Ayurveda: how a holistic approach can help you heal ❯

add a comment of Psoriasis: the skin disease that discriminates