Proteins: meat and cheeses as dangerous as smoking 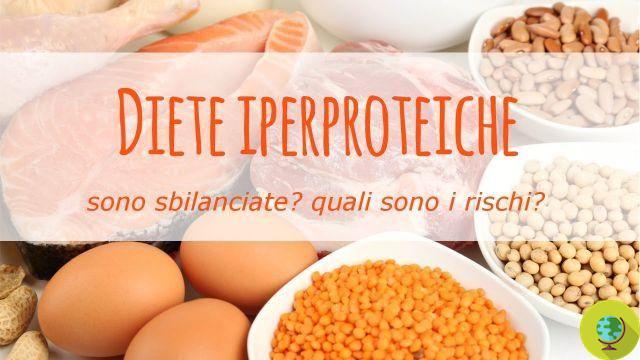 Consuming too much protein increases the risk of getting cancer and dying early. Pay particular attention to the 50-65 age group

New research has highlighted the damage caused by a high-protein diet (therefore made up of too much milk, cheese, eggs and meat) by evaluating in particular the age range that goes from the 50 65 years. What we have seen is that the harmful effect of too much animal protein on the body can be comparable to that of smoking.

The research was conducted in the United States at the Longevity Institute of the University of Southern California and published in Cell Metabolism. The scholars, led by Professor Valter Longo, have highlighted that a high-protein diet increases the risk of dying from cancer by 4 times (therefore it proved to be as dangerous as smoking).

According to the research, middle-aged people too accustomed to consuming milk, cheese and meat tend to run into an early death due to various pathologies (74% more compared to those who follow low-protein diets).

To reach this conclusion, the researchers analyzed the eating style and health status of more than 6 thousand people aged 50 and over divided into three groups according to how much they consumed protein. A diet that included a consumption of 20% (or more) of proteins in the daily diet was considered to be a high-protein diet. It must be said, however, that even those who consumed less (10-19% per day) saw the risk of dying of cancer increased by 3 times, only those who fell below 10% in the consumption of animal proteins ran less risks.

“Before this investigation, a link between high protein consumption and the risk of mortality was never clearly shown. But what is particularly important to consider is how our biology changes as we age and how middle-aged eating habits affect possible lifespans, ”the researchers said.

What is striking about this research is that consuming too much protein would be harmful in particular in the age range 50-65. After this age, in fact, the levels of IGF-I drop a lot and therefore the role of proteins would become less harmful for our body or even, according to scholars, it could be positive with respect to the risk of getting sick.

A research that obviously is causing a lot of discussion among nutritionists all over the world, especially for the comparison not everyone likes it between animal proteins and cigarettes!

add a comment of Proteins: meat and cheeses as dangerous as smoking