Protein pancakes: the tricks to prepare them without using protein powder

To prepare protein pancakes we don't have to use protein powder, here are the ingredients to use to enrich them 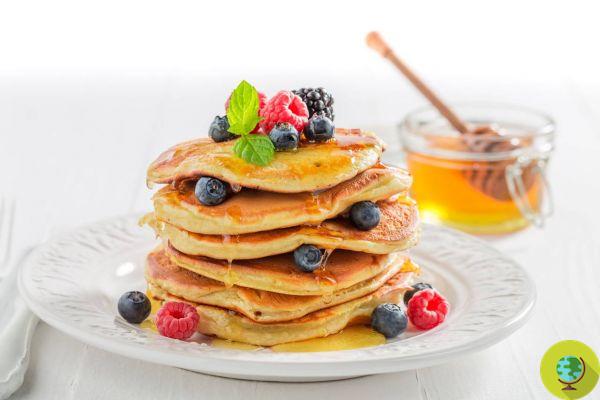 Pancakes are generally very high in carbohydrates and sugars but, by making them at home, we can make them more protein by using a number of ingredients. So let's see how to enrich our pancakes with proteins without using the special powders.

Pancakes are not part of our culinary tradition, but they have become very popular in recent years, perhaps also thanks to the situation we are experiencing, between lockdowns and red zones, which sees us more often engaged in the kitchen.

Popular to the point that Mulino Bianco has decided, for the lazy and for those who don't have time to prepare them, to make a ready-to-use version that we talked about in a previous article.

Read also: Pancake Mulino Bianco, do you know what's inside?

Of course we are for self-production for several reasons. In the case of pancakes we can choose better and healthier ingredients, organic, at km0 but not only, we can also dose them as we want, for example by reducing or eliminating sugar or even increasing the protein intake with simple additions.

In short, a way to make a more balanced meal from a nutritional point of view. Even pancakes can therefore become an excellent protein breakfast with some simple tricks.

We are not talking about adding the well-known and popular protein powders, but about using some in the recipe naturally protein ingredients.

The recipe for protein pancakes

Increasing the protein intake of pancakes a bit is easy enough by adding ingredients such as egg whites, oats and Greek yogurt, for example.

Here is a simple basic recipe that you can follow.

Vegans will be able to replace Greek yogurt with soy yogurt, eliminating the egg white and adding a vegetable drink if necessary (for example almond milk or another variant based on dried fruit) in order to make the mixture of the right consistency.

In a blender, combine all the ingredients together until smooth. You can also first whip the egg whites and then combine the other ingredients in a bowl, turning them with the help of a whisk.

Once ready, your pancakes can be filled as you like with fresh fruit (usually bananas, strawberries, blueberries or other berries are added) or dried, the classic maple syrup but also much more. 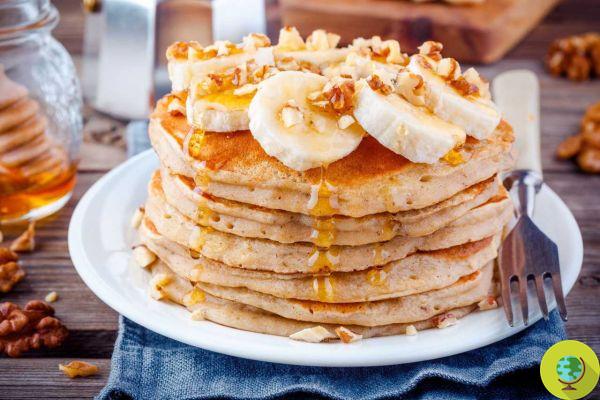 Other ingredients for making protein pancakes

There are other "tricks" to make your pancakes richer in protein. The above recipe can be modified using, for example, ricotta, other types of flour instead of oat (even making a mix of different flours) or adding oil seeds.

Here are some ingredients you can experiment with new protein pancake recipes:

The filling is also very important, which can help make pancakes more protein, so add for example:

add a comment of Protein pancakes: the tricks to prepare them without using protein powder