Producing hydrogen and oxygen from water with the sun: a new method promises to change renewables 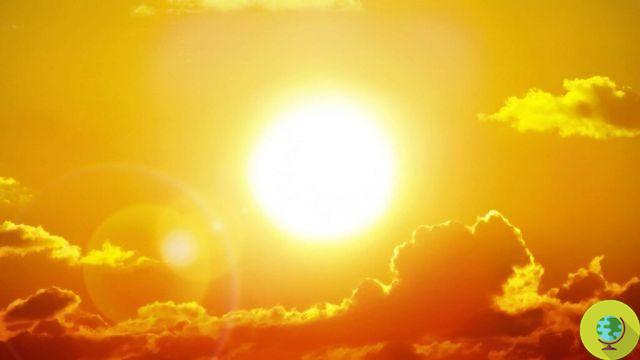 A new method to produce hydrogen and oxygen through the thermal decomposition of water made with solar energy.

A new method to produce hydrogen and oxygen through the thermal decomposition of water made with solar energy.


This is the object of the new patent born in the laboratories of the ENEA Research Centers in Frascati and Casaccia with the involvement of researchers from the departments of "Fusion and Technologies for Nuclear Safety" and "Energy Technologies and Renewable Sources".

“In thermal decomposition, the water molecule is split at high temperature directly into hydrogen and oxygen which must then be suitably separated. With the use of traditional processes, this occurs at temperatures so high that this process is not feasible ”, explains ENEA researcher Silvano Tosti.

To overcome the problem of high temperatures, the patent proposes an innovative membrane reactor consisting of a reaction chamber where two types of membranes are present at the same time: one in tantalum to separate hydrogen and one in ceramic material to separate oxygen.

“In this way we can produce the same quantity of hydrogen and oxygen as a traditional reactor with 500 ° C less”, adds Tosti.

The other innovative proposal consists in combining this membrane reactor with concentrating solar plants, capable of providing heat at high temperatures, thus making it possible to produce hydrogen directly from solar energy.

"The direct production of hydrogen from the Sun compared to other systems, such as the coupling of solar photovoltaics with alkaline electrolysers, is of great interest for the creation of a green energy chain and is characterized by the achievement of high energy efficiencies and costs. investments contained both in stationary applications, such as civil and industrial electrical users, and in mobile ones such as electric vehicles ”, concludes Tosti.

Another sector affected by significant repercussions is that of the production of pure gases, in this case hydrogen and oxygen, which can be used in fine chemicals, pharmaceuticals, and the electronics industry.

Further development of this type of reactor will benefit from technological advances in high temperature solar systems and materials for high heat fluxes.

Producing energy from e-coli: the battery that will help poor countries ❯

add a comment of Producing hydrogen and oxygen from water with the sun: a new method promises to change renewables