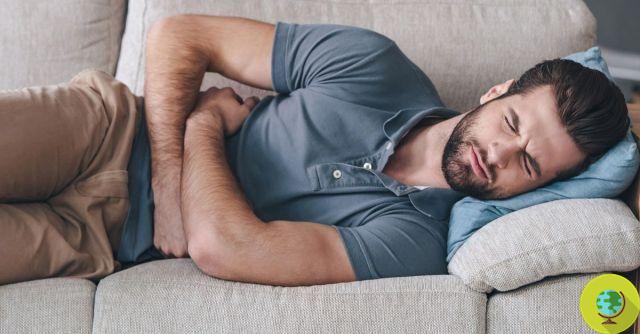 According to a British survey, 26% of the men interviewed are convinced that they suffer from the symptoms of the "male cycle" every month


Irritability to the stars, a hunger like lions and a fluctuating mood: the premenstrual syndrome takes victims. And, hear hear, even among men.

If, in fact, the sissies get a liver like this every month in days immediately preceding your period, irascible and untouchable even boys can be, for whom we would speak of a real "Irritable Male Syndrome": hormonal changes due to which men would become nervous and almost unrecognizable.

For this purpose, the Vouchrcloud.com site commissioned an English survey of 2412 people reported in The Telegraph and it turned out that at least 26% of the men interviewed would be convinced that suffer from the symptoms of the "male cycle" every single month. On the other hand, there is 33% of women who do not give credit to the existence of this type of syndrome, while 43% would even help their partner to deal with this bad period. Among the symptoms that men suffer from are irritability (for 56%), fatigue (for 51%), an increase in appetite (for 47%). And, women take advantage of it! 43% would feel even more sensitive and emotional.

But ultimately, does this syndrome really exist or not? Professor Peter Schlegel, chair of the department of urology at New York-Presbyterian and Weill Cornell Medicine, explains that while women "have some 'regular' hormonal changes, with all the symptoms that come with it, men also have hormonal changes. extraordinarily similar. Testosterone levels in young men can vary many times in the same day. What is unclear is how these levels change from day to day and week to week ”.

In short, boys have gods hormone cycles just like women complete with depression, anger, fatigue, mood swings, anxiety, lethargy and libido at an all-time low. How do you behave with them in the bad period? Exactly how we women would like: stay away.

Wendy's syndrome: what it is, how to recognize it and how to overcome it ❯

add a comment of Premenstrual syndrome? It also affects men!