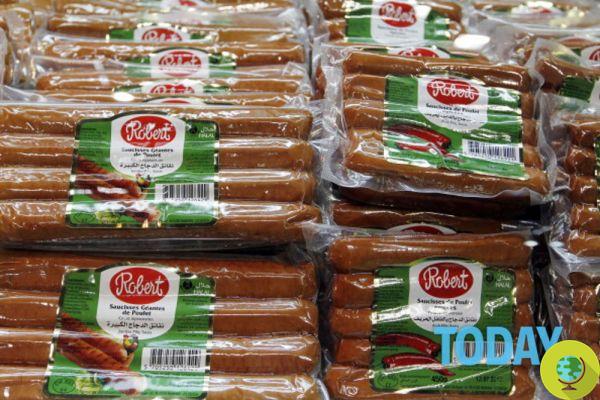 Many had said it: the horse meat scandal is just the tip of the iceberg. Indeed, confirmation may now come from the puzzling discovery made in a Westminster elementary school in central London, where traces of pork DNA were found in some halal chicken sausages, that is, prepared according to the prescriptions of Islamic law.

Many had said it: the horse meat scandal is just the tip of the iceberg. Indeed, confirmation may now come from the puzzling discovery made at a Westminster primary school in central London, where they were found. traces of pork DNA in some halal chicken sausages, that is, prepared according to the prescriptions of Islamic law.

The offending items have now been removed from all school meals, but London's Islamic community, one of the largest in Europe, has risen heavily since Sharia law strictly prohibits the consumption of pork. What's more: the City of Westminster also reported that the presence of pork, along with lamb, was detected in ground beef referred to as beef. Obviously, what looks like yet another meat scandal emerged following the checks carried out at the end of February to detect the possible presence of traces of equine DNA.

For their part, the local authorities immediately reassured: the foods in question were immediately withdrawn, while the relationship with the supplier was interrupted. But the concern, especially among the Muslim faithful, is great, especially since halal sausages are included in the menus of another 15 elementary schools, two kindergartens, a special school and a canteen that supplies pupils exclusively with "not forbidden" meat. More than 4.400 students choose this type of sausage as a catering service.

Andrew Christie, Westminster Child Services Manager, commented: “We are very concerned and disappointed to discover that our supplier has not met our high quality standards. We understand the concern of parents and pupils caused by this discovery. And we are sorry. We are in the process of contacting schools, parents and sectarian leaders and are available to discuss any concerns with them “.

Meanwhile, the national food safety agency, the Food Standards Agency (FSA), has been informed, as per protocol, and the city council has decided to carry out further tests to detect the presence of beef, lamb, pork, chicken, turkey, horse and goat DNA in foods labeled differently. What will the next "surprises" on your plate?

- Do you know what's inside a hot dog?

- Do you know what's inside the kebab?

- “Less, but better”: the right way to eat meat that will save the world?

- It is urgent to halve meat consumption: Unep invites us to become "demitarian"

Contrast shower: a gym in the bathroom of your home ❯