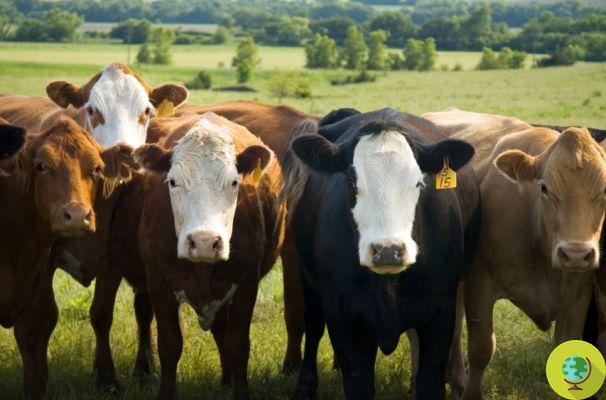 A tax on beef, to be extended to all red meat in the future, to reduce greenhouse gas emissions into the environment. The proposal comes from the Ethics Committee of Denmark which argues that climate change is an ethical problem that affects everyone.

A beef tax, to be extended to all red meat in the future, to reduce emissions of greenhouse gases in the environment. The proposal comes from Ethics committee of Denmark which argues that climate change is an ethical problem that affects everyone.


The tax would initially be applied only to beef, obviously because cattle are the cause of 10% of emissions into the atmosphere.

“An effective response to the climate emergency also includes a policy relating to the consumption of the most polluting foods, which helps to create awareness on the issue. Society must send a clear signal through legislation, ”he explains Mickey Gjerris, spokesperson for the Council.

READ also: 10 REASONS TO ELIMINATE AT LEAST RED MEAT FROM YOUR DIET

The proposal is positively welcomed by 14 advisers out of 17, that is, by those who are convinced that we must help the Planet by implementing measures of critical consumption.

“Denmark's lifestyle is still a long way from the model of sustainability which is required of us if we want to stick to the objectives of the Paris Agreement, namely to maintain the global warming well below 2 ° C, so we are called to act immediately, starting with food ”, explain i Danish advisers.

In addition, therefore, that in the energy and transport sectors it is also necessary to intervene in that agribusiness. An idea that farmers and the Danish Food Council do not like at all, worried about the economic consequences that it would have reduction of meat consumption.

Why could the beef tax help our planet?

“To impose a tax would be to give a strong signal. Each of us has a moral responsibility to contribute to making global food consumption less harmful to the environment ”, they reiterate.

To obtain results, however, it is necessary that every country and not just Denmark think about the same measures that would favor the environment and preserve human health. The debate becomes more relevant than ever, in view of the fact that it is expected that by 2100 the world population will reach 11,2 billion people.

"To meet future demand, food production will have to grow considerably and this will only worsen the situation," the councilors comment.

The study “The Ethical Consumer: Climate Demaging“, showed that a tax of about 2 euros per kilo on the price of beef, it could reduce consumption by 14%, it would then lead to a change in diet and a reduction of greenhouse gas emissions related to food by 20 or 35%.

"Cutting the consumption of red meat can only represent a healthy change of habits for everyone".