Polluted air would cause up to 6 million premature births, according to this study 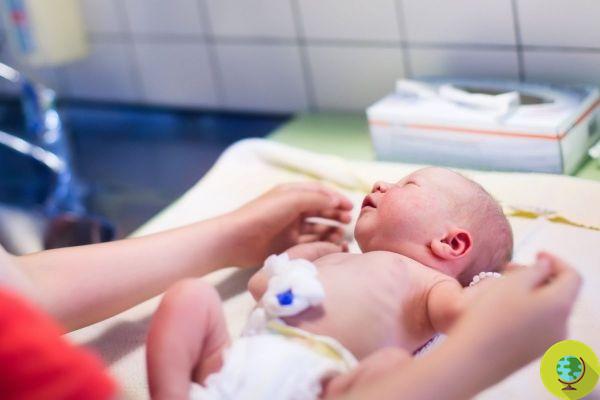 Not only are babies born prematurely due to pollution, but their birth weight is also found to be lower

Not only are babies born prematurely due to pollution, but their birth weight is also found to be lower


Air pollution is possibly responsible for around six million premature births worldwide each year and more than 3 million underweight babies. This is what emerges from this analysis - the first to calculate the real weight of domestic and atmospheric pollution on the health of new mothers and fetuses - which combines the results of various scientific studies conducted so far. For the study, the team of researchers looked at 108 studies related to pollution inside and outside the home, correlating the results with four main risk factors in pregnancy: gestation period at birth, reduction in birth weight, condition of underweight of the newborn, premature birth. The survey involved 204 countries around the world.

After considering in the survey other risk factors besides pollution (such as lifestyle of the new mother, diet, alcohol and tobacco consumption) it emerged that air pollution is the main cause of underweight babies and premature births - the latter result in more than 15 million stillborn babies every year. According to the researchers, if air pollution in Southeast Asia and sub-Saharan Africa can be minimized, the number of premature or underweight babies could be reduced by 78% each year.

Second the World Health Organization in fact, more than 92% of the global population lives in areas where the air quality is below the recommended limits, while about 49% of people are exposed to high levels of pollution even in the home. The most polluted areas of the world are those of South and East Asia (China, India, Pakistan and Bangladesh), which are home to 49 of the 50 most polluted cities on the planet.

Air pollution is generally measured on the basis of exposure to particulate particles smaller than 2,5 microns: once inhaled with breathing, these particles are rapidly absorbed by the blood and enter the circulation (precisely because of the very small size), becoming a potential cause of respiratory problems and other pathologies. As for the air quality inside our homes, this is influenced by the use of solid fuels such as wood and coal for heating and cooking, but also by the abuse of home hygiene products that release polluting and harmful substances into the air, as demonstrated by this study.

On an individual level, exposure to air pollution in the home appears to have much more devastating effects on new mothers than that of air breathed outside - says the epidemiologist. Rakesh Ghosh, author of the study. - Therefore, minimizing exposure to domestic pollution as much as possible should be part of the care to be guaranteed to pregnant women, to protect the health of the unborn.

Does air conditioning help spread the coronavirus? The Chinese study conducted on 3 infected families in a restaurant ❯

add a comment of Polluted air would cause up to 6 million premature births, according to this study