Pituitary: functions and symptoms of diseases related to this gland

The pituitary gland is a small gland located at the base of the brain that performs functions of fundamental importance. It regulates hormone secretion by the other endocrine glands and is involved in numerous vital functions. In case of hyperfunction or hypofunction of this gland, various pathologies can arise, from pituitary adenomas to a particular type of diabetes, the so-called diabetes insipidus.

The pituitary is a small, bean-shaped gland located at the base of the skull, at the root of the nose, just below the hypothalamus. It is contained in a bony structure at the base of the brain called turkish chair, it weighs less than a gram and has a diameter of about one centimeter.

Despite its small size, the pituitary gland or pituitary gland is essential for the proper functioning of our body. It plays a vital role in the regulation of the hormonal secretion of the other endocrine glands and intervenes in numerous vital functions.

Harvey Williams Cushing, the pioneer of neurosurgery, defined it with a happy metaphor "The conductor of the hormonal concert."

The pituitary is divided into two parts. The anterior portion, called adenoipophisi, maintains the functional balance of the other endocrine glands through the production of six hormones. The posterior portion o neuroipophisiinstead, it deals with the level of body fluids.

Hormones produced by the pituitary

As mentioned, the pituitary is the main responsible for the production of hormones by our body. In particular, the adenohypophysis secretes the following hormones:

The neurohypophysisinstead, it constitutes the storage area of ​​two hormones released by the hypothalamus: 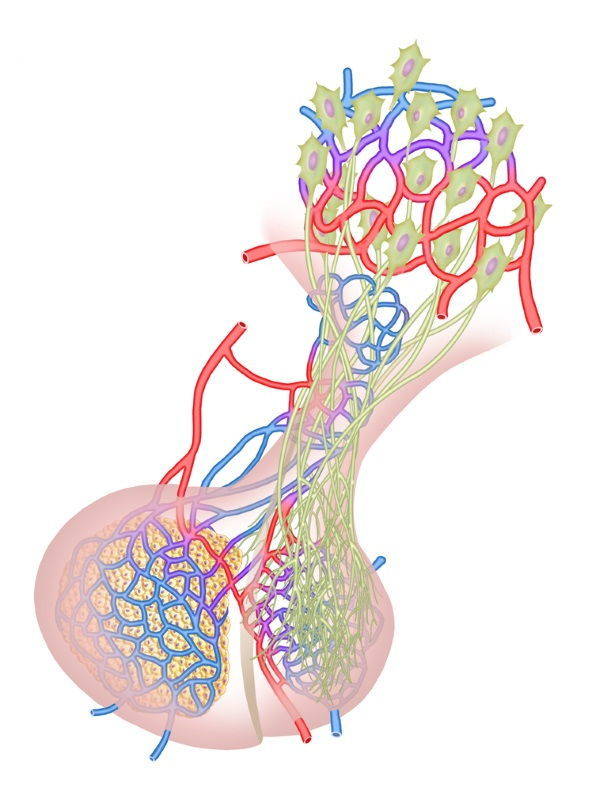 Functions of the pituitary gland

The pituitary is involved in numerous vital processes, Including:

When the functioning of the pituitary gland is altered or compromised, there are negative repercussions on many vital functions, from metabolism to growth, passing through neurological development and fertility. The most common symptoms that occur when the pituitary does not function properly are:

Pituitary affections are always attributable to two situations: hyperfunction or hypofunction of the pituitary gland.

Hyperfunction is usually due to the presence of a number of benign tumors, called adenomas, and the symptoms vary depending on the hormone that is produced in excess.

Pituitary adenomas, therefore, consist of a increase in the size and number of a given group of cells. They are distinguished in microadenomi, if the dimensions do not exceed the diameter of one centimeter, e macroadenomi.

This distinction is important for the prognosis of the disease as microadenomas tend to remain so, while macroadenomas generally increase, also compressing the tissues surrounding the pituitary gland.

Pituitary hypofunction, on the other hand, can be caused by trauma, surgery or tumors, although the cause generally remains unknown. In this case there will be more or less complex clinical situations depending on whether the deficit concerns one or more hormones at the same time.

Now let's see in more detail what the main diseases associated with a malfunction of the pituitary gland and related symptoms:

Other tumors of the pituitary gland

The adenomas described in the previous paragraph are the most frequent.

But there are also pituitary tumors characterized by excessive secretion of TSH, resulting in a framework of hyperthyroidism, as well as adenomas due to excessive production of gonadotropins (hormones LH and FSH). However, these are rare diseases.

It happens frequently instead of adenoma does not lead to excess hormone secretion. In this case, the tumor is called non-functioning pituitary adenoma and it's practically asymptomatic. The disease manifests itself at the moment when it begins to compress on neighboring tissues.

Generally it is possible to defeat these pathologies through the administration of specific drugs depending on the type of tumor. In severe cases, treatments for these adenomas include the resorting to surgery or radiation therapy. 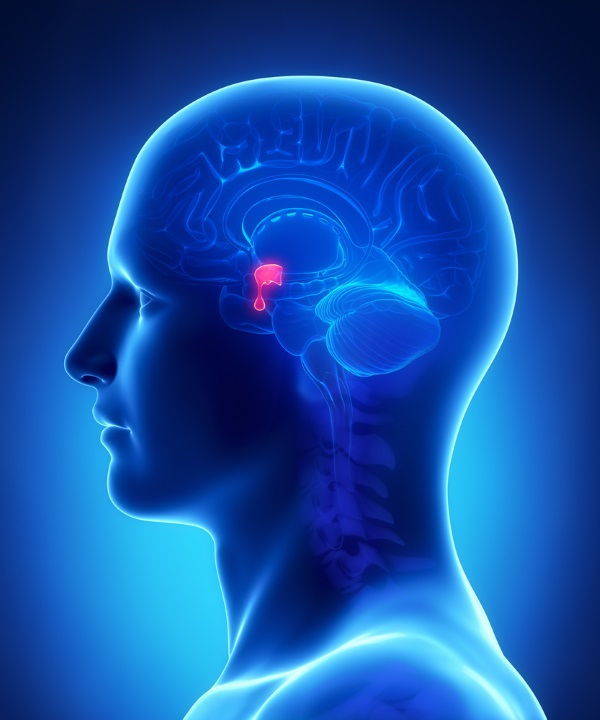 Other times, in the event that the cells of the pituitary are damaged, the adenoma can cause not an excess but a decrease in hormone production.

In this case, a total or partial reduction of pituitary function (hypopituitarism), resulting in a block in the activity of the glands stimulated by the pituitary gland.

Hypopituitarism, as well as from pituitary adenoma, can arise following surgical or radiation therapy used in the treatment of the same tumors. In some cases, not very frequent, it occurs as a result of brain trauma or infections such as meningitis or other rare diseases (hemochromatosis and sarcoidosis).

La vasopressin or ADH it is a hormone produced by the hypothalamus and stored in the posterior portion of the pituitary (neurohypophysis). It regulates the reabsorption of water in the blood and the processes that cause the kidney to concentrate urine. Its lack produces the so-called diabetes insipidus, a disease characterized by the inability of the kidneys to hold urine.

People who are affected experience a very strong one body dehydration, despite taking large quantities of water, in the order of 8-10 liters per day. Symptoms therefore include polyuria (excessive amount of urine), polydipsia, i.e. excessive thirst. In the treatment of this pathology it is essential to administer synthetic vasopressin.

If the hormone deficiency affects all the hormones listed above, all the symptoms described above are experienced simultaneously. The clinical picture in this case is called pan-hypopituitarism.

Hypothyroidism: causes, symptoms and how to intervene ❯

add a comment of Pituitary: functions and symptoms of diseases related to this gland