Pink slime: in the USA the pink slime still served in school canteens 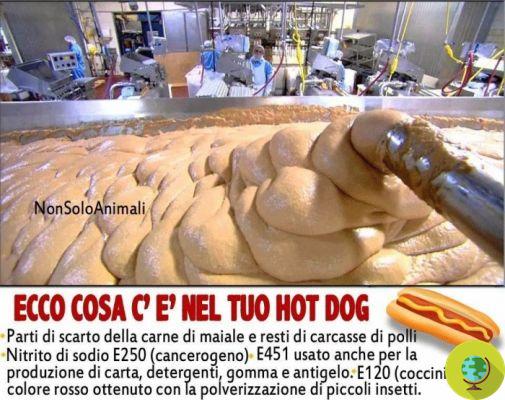 Remember the Pink Slime scandal that snapped the US? Well, the so-called pink slime, also known as LFTB, is back in school cafeterias in at least three states, Iowa, Nebraska, and South Dakota, the only ones who have continued to purchase the meat product made by Beef Products, Inc. And now some school districts in Illinois, Pennsylvania, Virginia and Texas are planning to join them soon too.

Remember that Pink Slime scandal that shocked the US? Well, the so-called pink slime, also known as LFTB, is back to school canteens from at least three states, Iowa, Nebraska and South Dakota, the only ones who have continued to purchase the meat product made by Beef Products, Inc .. And now some school districts in Illinois, Pennsylvania, Virginia and Texas also plan to join them soon.

“With the successful use of the LFTB over the past 15 years, we are confident that these states and school districts will enjoy both quality and cost reduction. This will also allow them to provide lean and nutritious beef to their children ", said a satisfied Craig Letch, BPI's Director of Food Safety and Quality Assurance.

But what is pink slime? It is a compound made up of meat by-products that have been heated in a centrifuge and treated with ammonia to kill pathogens such as salmonella and E. coli. The slime is then mixed and used as minced meat, resulting in a final product far cheaper than the others.

When this information became public it was a scandal. McDonald's, as well as several other fast food and supermarket chains, stopped using the product right after complaints from consumers, who organized petitions and protests nationwide. The social and media pressure was very high, so much so that thereBPI even went so far as to claim compensation for damage to its image.

But now, instead of banning LFTB meat right from school canteens to protect younger citizens, the USDA has changed its policy to allow individual school districts to freely choose to purchase it. And those of the aforementioned states have seen fit to save by ordering a quantity of about two million pounds of beef containing LFTB.

- Intensive farming: bacteria resistant to antibiotics cause 23 deaths a year

- Pink Slime: the “pink slime” scandal that is undermining the consumption of meat in the USA
- Pink Slime: Beef products inc. wants to be compensated for image damage

Feet first spies of diabetes: the signals on the fingers that warn of high blood sugar levels ❯

add a comment of Pink slime: in the USA the pink slime still served in school canteens