Pineal gland: that's why it's the magic (or sacred) gland

It produces melatonin and regulates the correct sleep-wake alternation, but why is the pineal considered a magical gland? Find out how to activate it and take care of it

La pineal gland it is a gland in the brain that is essential above all for the production of melatonin and consequently for the correct sleep-wake rhythm necessary for our well-being. But why is it considered a magical or sacred gland?

What is the pineal gland 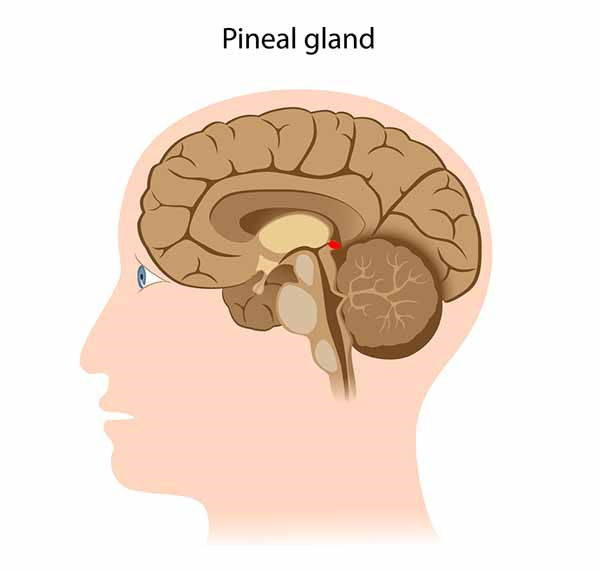 Also known as the epiphysis, the pineal gland is an endocrine gland of the brain responsible for the production of melatonin, a hormone that is produced in particular when it is dark to promote sleep. It is a very small pinecone-shaped gland (measuring just one centimeter in length and half a centimeter in width) but essential for the well-being of our body since it acts on the circadian rhythm, thus establishing the period of wakefulness and that of rest.

It is easy for this gland to suffer from some changes such as, for example, jet lag in the case of very long journeys when crossing different time zones. People who travel know that it takes a few days to adapt to the new light and dark conditions and different times to get back to the right sleep rhythm. It is precisely the pineal gland that has to adapt to the new conditions by restoring a new balance.

Pineal gland as the seat of the soul

It was in particular Descartes, French philosopher of the seventeenth century, to give greater importance and we can say "metaphysical" to the pineal gland. In fact, he described in some treatises the pineal gland as the main seat of the human soul.

In fact, he wrote:

"I am convinced that the soul cannot have any other localization in the whole body than this gland, in which it immediately exercises its functions, because I have observed that all the other parts of our brain are double, in the same way that we have two eyes, two hands, two ears, as, finally, all the organs of our senses are double external. Now, since we have of a thing, at a certain moment, a single and simple thought, there must necessarily be some place in which the two images coming from the two eyes, or other double impressions coming from the same object through the double organs of the other senses, can be unified before reaching the soul, so that two objects are not represented instead of one: and it can easily be conceived that these images, or other impressions, gather in this gland by means of the spirits that fill the cavities of the brain; in fact there is no other place in the body where they can be thus reunited, if the reunion did not take place in this gland ".

Descartes essentially focused on the fact that this small area of ​​the brain is the only one that does not have a duplicate. In fact, all the different components of this organ have a left and a right side, except the pineal gland. It would be this feature to make it unique and special, from this Descartes hypothesized that this place was the one responsible for the centralization of all information and, being the only solid part of the brain, in this gland it was also the seat of thought. 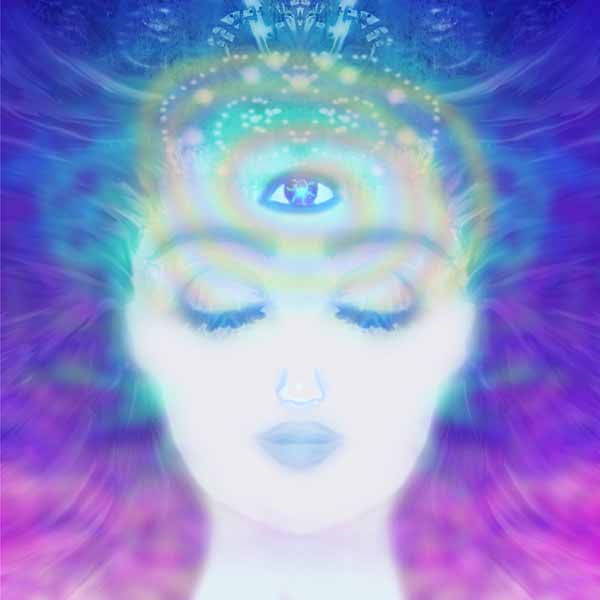 The pineal gland corresponds to what is called in certain religious or mystical traditions third eye or sixth chakra whose position is in the middle of the eyebrows. The knowledge of the pineal gland and its metaphysical potential has been around since ancient times, already the Egyptians, for example, depicted this small part of our body as an eye (its shape resembles that of an eye when viewed from the side) .

According to tradition, the third eye is fundamental as it would be an almost always unused area of ​​the brain that it would be essential to learn to activate and use to the fullest. It would in fact have the ability to see things that do not "appear" to the other two eyes, that is to perceive frequencies of the spiritual world and be able to improve one's intuition about oneself and others, especially at night through dreams when the pineal gland is more active.

The pineal gland also produces the dimethyltryptamine (DMT), a psychedelic substance capable of producing very particular effects on our perception of things by expanding space and time. All this is possible especially during the REM sleep phase. 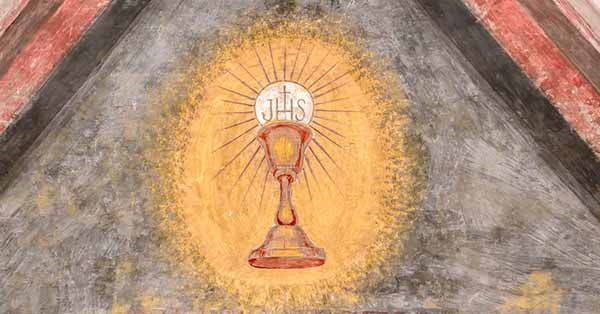 Certainly one of the most fascinating beliefs related to the pineal gland is the one that associates it with the Holy Grail. The chalice used by Jesus in the Last Supper would in fact resemble the shape of this gland which, when viewed from the front, can seem an inverted cone. As the Holy Grail would have been used to collect the blood of Jesus crucified (being that in the Christian tradition is as we know considered immortal and enlightened) so the pineal gland would collect melatonin, a real liquid of immortality (it is no coincidence that one of the characteristics of this substance is its antioxidant and therefore anti-aging power).

Atrophy of the pineal gland

If you do not follow good habits and do not train the third eye, through meditation, yoga or other practices, you will gradually reach with age.atrophy of the pineal gland a condition that in seniority physiologically leads to reducing the hours of sleep or suffering from insomnia while on a spiritual level those abilities that we can define "extrasensory" of greater understanding of oneself, of others, of the world around us and of everything are lost that we cannot see with our physical eyes.

It then appears that the fluoride both a substance and it frequently accumulates in the pineal gland rather than elsewhere in the body generating a possible calcification in the long term due to the formation of phosphate crystals. Slowly, therefore, we begin to produce less and less melatonin. For this reason, there are those who recommend eliminating this substance from your daily life as much as possible, for example avoiding toothpastes that contain it and choosing water with a low fixed residue.

There are also those who believe that the calcification of the pineal gland is a means by which one can "put consciences to sleep" and thus manipulate the masses.

As we have said, at night the pineal gland produces melatonin, a hormone that is essential in regulating the sleep-wake rhythm. Darkness is needed to better promote its production, even a soft light slows down the production of melatonin. This is why using mobile phones, tablets or watching television in the evening is highly discouraged. All these devices should be turned off at least 2 hours before going to sleep.

How to activate the pineal gland

The proper functioning of the pineal gland is essential for psycho-physical well-being. Not only to sleep well but also to have a better mood, more energy, a strong immune system, fight cellular aging, have the right insights, etc.

Ma how is it possible to activate the pineal gland?

Practicing yoga and meditation regularly is undoubtedly one of the most effective methods of activating the pineal gland. Some exercises or mantras are designed to promote the proper functioning and awakening of this gland.

Sleeping completely in the dark

Sleeping completely in the dark is the best means of promoting proper functioning of the pineal gland in these conditions it is able to produce melatonin better. Therefore, avoid leaving even small dim lights on and, as already mentioned, turn off all devices at least two hours before going to sleep.

As much as sleeping in the dark at night it is important to expose yourself to the sun during the day. This good habit promotes vitamin D and vitamin production serotonin, hormone of good mood, a fundamental substance also for the pineal which requires serotonin for the production of melatonin.

Heavy metals also affect the well-being of the pineal gland and that of our entire organism in general. Mercury, for example, present mainly in oily fish, in old dental amalgams, etc. There are gods natural remedies indicated for help the body detoxify from heavy metals including spirulina, chlorella and zeolite.

To know more about melatonin you can read the following articles:

Gianduiotti: the recipe to prepare them at home ❯

add a comment of Pineal gland: that's why it's the magic (or sacred) gland