Physical inactivity more dangerous than obesity: you have to walk at least 20 minutes a day 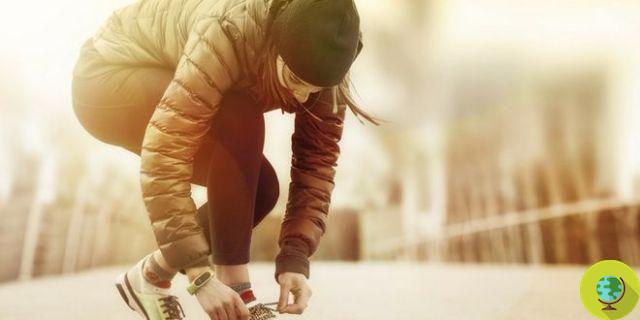 A sedentary lifestyle would be more dangerous than being overweight and would lead to twice as many deaths as obesity. According to a large English study


New confirmations arrive of how important it is not to let oneself be taken by laziness and by sedentary which, unfortunately, marks our times in which most people (including children) spend too much time in front of the PC or television to the detriment of psychophysical well-being which instead would give a little healthy physical activity, even a simple walk. Now new research even claims that a sedentary lifestyle is more dangerous to health than obesity.

The study, published in the American Journal of Clinical Nutrition, was conducted by a team from the University of Cambridge analyzing a sample of about 334 thousand people who participated in the European Prospective Investigation into Cancer and Nutrition (EPIC) research. Each participant was followed for 12 years analyzing weight, waistline, clinical analyzes, diet, lifestyle and environmental factors to understand how much each individual indicator affected health.

Regarding the parameter concerning physical activity, the researchers divided the participants into 3 groups: those who never practiced sports, those who did it moderately and finally those who were very active. THE results obtained were very clear: the most sedentary, or those who, in addition to doing static work, never practiced any exercise, had a higher risk of premature death ranging from 16% to 30% compared to those who did even only moderate activity.

According to the researchers, the lack of movement daily, it would be more dangerous than being overweight e it would result in double the deaths with respect to obesity. Physical inactivity has in fact been linked to an increased risk of getting cancer or cardiovascular disease.

Ma what is meant by moderate physical activity which is enough, according to the research, to remove some risks for our health? The professor answered directly Ulf Ekelund of Cambridge, study coordinator:

“A small amount of time of daily physical activity is enough to give substantial physical benefits to those who are inactive. Even if we have discovered that even 20 minutes are enough to make a difference, we should try to do more because physical activity is good and should play a fundamental role in our daily lives ”.

Walking: 10 reasons to do it at least 30 minutes a day

Orto, the new zero km vegan restaurant of the Starhotels Echo, has been inaugurated ❯

add a comment of Physical inactivity more dangerous than obesity: you have to walk at least 20 minutes a day