Phthalates also present in shampoos and cosmetics are linked to an increased risk of premature death. The US study 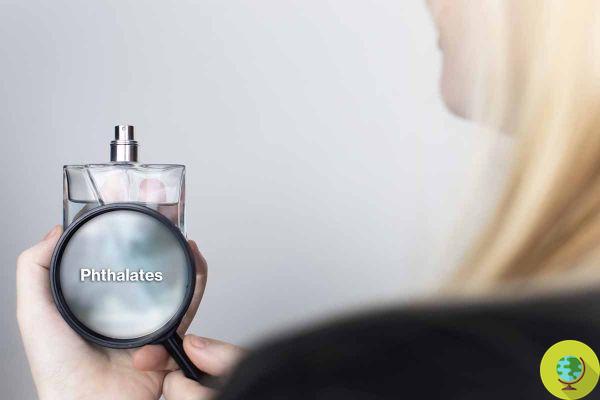 A new study shows a link between premature deaths, especially from heart disease, and exposure to phthalates

A new study has linked exposure to phthalates to an increased risk of premature death, particularly from heart disease. The problem is that these chemicals are found in so many commonly used products.


Phthalates can be found "hidden" in hundreds of consumer products, including food containers, shampoos, make-up, perfumes and even children's toys. However, as is well known, these are substances that act as endocrine disruptors and which can lead to the development of a series of health problems.

Exposure to phthalates has been explicitly linked to obesity, diabetes and heart disease in several studies. Now new research, published in Environmental Pollution, has highlighted how exposure to these substances increases the risk of premature death from any cause, particularly from cardiovascular problems.

The study was led by a team from NYU Langone's Center for the Investigation of Environmental Hazards, led by Leonardo Trasande. The scientists analyzed data from more than 5000 adults between the ages of 55 and 64, finding that those who had the highest level of phthalates in their urine were more likely to die earlier than expected, particularly from heart problems.

The study calculated that between 91 and 107 American adults per year suffer premature deaths related to exposure to these chemicals, which pose a risk if ingested or inhaled. It goes without saying that children are particularly at risk of exposure as they tend to put their hands in their mouths.

The replication of companies

The American Chemistry Council, which represents the chemical, plastics and chlorine industries of the United States, sent CNN a statement calling the study "imprecise" as it grouped all phthalates into one group rather than considering differences in toxicity. .

But Trasande for his part has made it known that the response of the ACC was:

predictably similar to that used by the tobacco industry when studies showed evidence of that harm.

He also added that no evidence has been provided contradicting the results of his study.

However, I'll never tell you this is a definitive study. It is a snapshot over time and can only show one association.

However, it adds to the abundant evidence that exposure to phthalates should be avoided as much as possible. How? Dr. Trasande himself listed a number of suggestions for limiting it.

How to limit exposure to phthalates

According to the expert it would be good:

add a comment of Phthalates also present in shampoos and cosmetics are linked to an increased risk of premature death. The US study