Photovoltaic on the roof: Google reveals costs and benefits with a click (VIDEO) 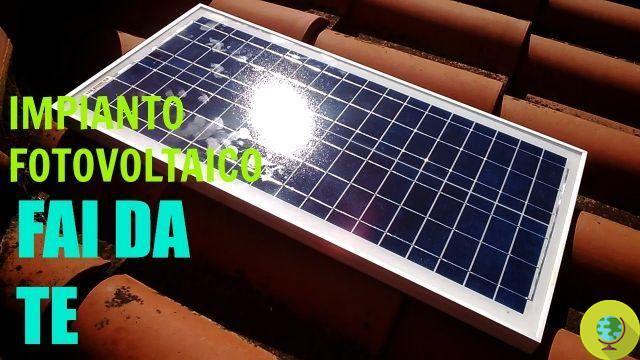 Should you install a photovoltaic panel on the roof of your house or not? Project Sunroof: here is Google's tool to bring photovoltaics into homes. With the help of Google Maps, it is able to map our roofs and reveal what their potential is based on their exposure to the sun, but also to calculate the revenues obtainable in our house roof.

Should you install a photovoltaic panel on the roof of your house or not? Project Sunroof: here is the tool of Google to bring the PV in the homes. With the help of Google Maps, is able to map our roofs and reveal which is theirs potential based on their exposure to the sun, but also to calculate i obtainable revenues in our house roof.

Currently only available in the United States and in particular in Boston, San Francisco and Fresno, however, it aims to expand to all the USA and perhaps also to other countries.

"Given that the solar installation price is becoming less expensive, several homeowners think of this system as a possible option to reduce their bills - reads the official website of the tool - [...] When you enter your address , Project Sunroof searches for your home on Google Maps and combines the information with other databases to process thepersonalized analysis of your roof ".

The tool, in particular, calculates how much sunlight hits the roof in a year, taking into account the Google database of images and aerial maps, 3D modeling of the roof, shadows cast by nearby structures and trees, all possible positions of the sun over the course of a year and, based on historical models, cloud cover and temperature that could affect solar energy production.

Yes but how much? Google seems to have thought of this too. Project Sunroof, in fact, uses the data on the updated costs of the solar industry to calculate the prices of leasing, loans, and purchase of solar panels, in order to generate different options useful for a estimate of the cheapest for the user's needs.

Not only that: the tool also takes into account incentives to calculate the final cost, in particular of Federal and State Tax Credits, Utility Discounts, and net metering mechanisms with which the excess electricity produced is redistributed to the grid (smart grid). All while guaranteeing, according to what is reported on the site, the maximum privacy.

Surely just three areas of the US are not enough to verify what the instrument is really capable of promote the spread of photovoltaics, but it could be a good starting point for making predictions in this regard. Waiting for the offer to be really expanded.

- Tesla's battery unveiled to disconnect from the grid using photovoltaics

3D printed photovoltaics, the solution to bring clean energy to 1,3 billion people around the world ❯

add a comment of Photovoltaic on the roof: Google reveals costs and benefits with a click (VIDEO)