Pfas seriously harm the health of newborns and pregnant women. The study conducted in Veneto 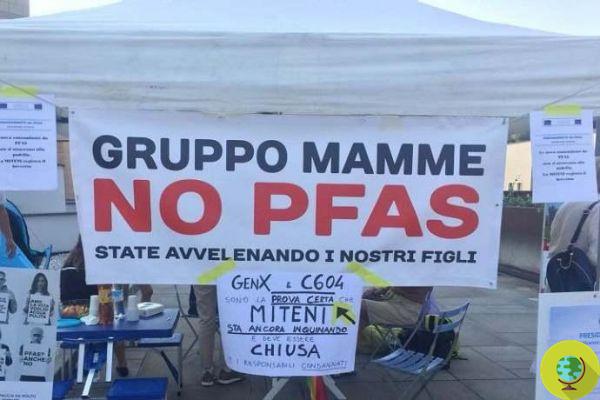 Pfas in Veneto: the study on maternal and neonatal outcomes already conducted in 2016 updated. And the results leave no hope of recovery.

This is how the Pfas seriously threaten the health of mothers and children. The study conducted in Veneto


Increase in pre-eclampsia, increase in births with low birth weight for gestational age, diabetes gravidarum, increase in congenital anomalies of the nervous system and congenital heart defects in the areas of greatest exposure. The results obtained from a new revision of the Veneto Region speak for themselves: the Pfas have a worrying impact on the sphere of maternal and child health.

The first test had come last November from study conducted on 212 Venetian students between 18 and 20 years by the team of Andrology and Reproductive Medicine of the Padua hospital, which already confirmed that the body would mistake the perfluorinated compounds for hormones, which thus interfere with the action of the endocrine glands and cause short- and long-term disease.

Now the Prevention Department of the Health and Social Area of ​​the Veneto Region announces the data of the update of the study in the red area and what is found is an increase in pre-eclampsia and diabetes gravidarum, of newborns with low birth weight or congenital anomalies of the nervous system and congenital heart defects in the areas of the Veneto most exposed to Pfas contamination.

The results come from a screening carried out on 20 thousand new mothers born between 2002 and 1970 residing in the offending area (analyzed 23 of the 30 municipalities contaminated by Pfas between Vicenza, Verona and Padua): the women analyzed were compared with as many from from the "blue" area, ie not contaminated, which includes 50 municipalities. In particular, in the red area the risk of encountering pre-eclampsia is increased by 27% compared to the blue area. The chance of getting diabetes gravidarum is 52% higher.

For some of those pathologies found - reads the press release from the Region - it will be necessary to carry out more in-depth studies to consolidate the values ​​obtained, by crossing the data with other information flows or by extending the observation period. Finally, given the ecological design of the study, in order to investigate the existence of a cause-effect link between certain maternal-infant pathologies and residence in exposed areas, it will be necessary to integrate the results obtained with biomonitoring data that provide information on the exposure of individuals.

Meanwhile, the ordinance with which the Veneto Region has issued a ban on the consumption of fish products caught in the red area is in force until June 30, pending EFSA to adopt the "new definitive rulings" announced for 2019.

Psychologists sound the alarm about a new pandemic: people feel guilty for not being happy ❯

add a comment of Pfas seriously harm the health of newborns and pregnant women. The study conducted in Veneto