PFAS, pesticides and chemicals: exposure in pregnancy has side effects on children's speech 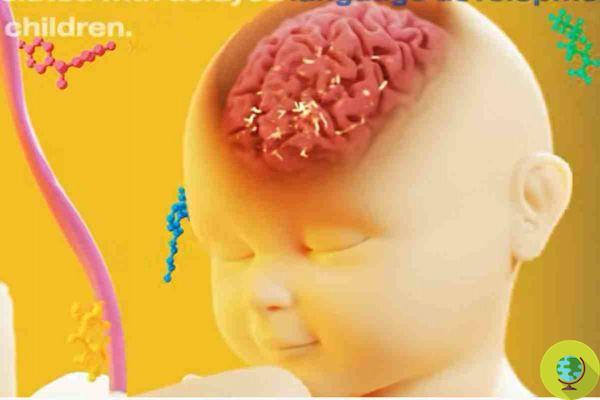 Pregnancy and chemical mixtures: according to a new study, the risks are high and cause developmental changes in the unborn child

PFAS, pesticides or in any case chemical compounds in general are now part of our daily life and in addition to being terribly harmful to the environment, they are highly dangerous for human health and the risk of exposure of our body to these substances is even higher. when it comes to new mothers, as already shown by many researches. However, a recent Swedish study found that this exposure alters the endocrine system and has repercussions on the development of the fetus' brain and on the acquisition of language.


The research, called SELMA and published in the scientific journal ScienceDaily, was attended by 2.000 new mothers, showing that almost 54% of these pregnant women would be at risk of developing endocrine disorders caused by exposure to chemicals that the body comes into contact with through the air, water and, last but not least, food. Let's talk about chemical components also present in commonly used products such as detergents, paints, plastic packaging, bottles.

The newborns of the 2.000 mothers were also followed up to the 30th month of life, noting a few alterations.

The experts referred to information gathered by the European Commission's five-year EDC-MixRisk project where 12 foreign universities observed and assessed the risks of effects of endocrine disruptors on children, chemicals that "can alter the normal hormonal balance by turning on, turning off or modifying the signals sent by hormones, causing adverse effects in an organism, its offspring or a sub-group of the population", as explained by the Higher Institute of Health.

Based on these data, the SELMA researchers then divided the study into 3 phases following experimental and computational methods. In the first they analyzed the urine and blood samples of pregnant women exposed to concentrations of bisphenols, phthalates and PFAS and noticed a delay in the development of the faculty of speech. The second phase took place in the laboratory where experts studied neuroendocrine regulation, observing the alterations and genes responsible for intellectual disability and autism to then provide a final risk assessment.

The alterations in thyroid hormones have been monitored with particular attention, being fundamental for the growth and development of the brain. Like their mothers, 54% of the children in the SELMA study would therefore be vulnerable and at risk.

Pfas in bags for chips and other fast food foods (including McDonald's and Burger King), the new survey ❯

add a comment of PFAS, pesticides and chemicals: exposure in pregnancy has side effects on children's speech