Parental bullying: how bullying is transmitted to children 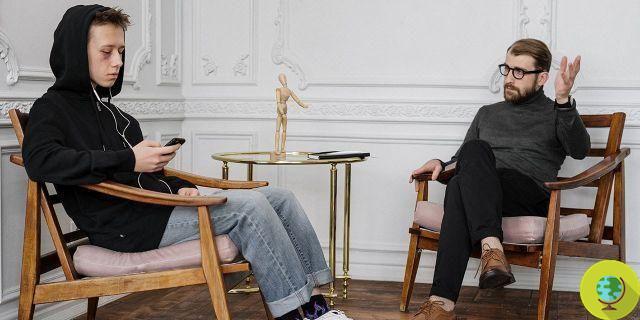 Bullying parents and hen parents: the family environment sets the stage for violence, abuse or conditions for becoming a victim.

Bullying: The first to talk about this phenomenon was Dan Olweus, professor of psychology at the University of Bergen in Norway (he also defined the three fundamental characteristics: presence of an action of prevarication, violence, offense, derision; intentionality of the behavior; repeated exposure over time).


Against the bullying of the very young, a lot has started to be done, even in schools, with information interventions, support for emotional development, development of collaboration between peers and so on.

There is a theme, however, not much addressed, not even by the media: and it is the role of parents. Yes, because, of course, bullies are not born but, if anything, they become. In general, by “treasuring” what one experiences at home: the climate and the educational style make the difference. To put it bluntly: parent-bullies o parent-hens they facilitate, respectively, the raising of bully children and victims of bullies.

Bullying parents? The attribute might surprise you. But the conditions are potentially all there: a gap of strength and power (adult / child); actions that are considered "educational" but which result in prevarication, expression of one's position of strength, authoritarian submission to one's will.

Parental bullying can be direct or indirect. In the first case we can find all the behaviors that have a direct action on the children's physique: hitting, isolating, denying food, forcing by force, resorting to corporal punishment.

And then there is the emotional, indirect bullying, aimed at creating submission in children, fear of a punishment that could come, derision for a difficulty but also continuous criticism, neglect because one is taken by a thousand other things, lack of appreciation, a manipulative style and all passive behaviors- aggressive or impulsive. Of course, if it happens once it's not a problem; it becomes if it is repeated.

On the exact opposite side, we have the overprotective: i brooding parents. The result of their educational attitude is proven: they make their children less experienced in relationships with others, with less self-esteem and more easily victims of bullying of others.

Parents do their best, they love their children: apart from special cases, there is no doubt about this. The parental bullying in fact, almost always it is only the replica of an "educational" and relational (wrong) script learned in one's family, in childhood: this is why it is something that seems normal to parents. Sometimes, according to the American Brisbane Ronit Baras, an expert in family dynamics, is functional: "if a mother or father at that moment of his life plays the role of" victim ", because maybe at work he is harassed, stressed, under pressure, in acting strong behaviors or in belittle their children unconsciously yes brings back to a position of power".

For these various reasons, realizing one's "weak" parenting style is often not easy. Asking yourself the problem, paying attention is the first necessary step: get informed, look into your actions trying to get out of your habits. The next can be to talk to an expert. The goal is to learn to establish rules and boundaries but in a cooperative way, without punishment or threats, without prevarication; creating a truly "warm", welcoming, supportive communicative and relational environment.

A study, which lasted five years, clearly demonstrated that supporting children towards autonomy, starting from the age of 4-5, completely changes the perspective and the risk of both starting to act "bullying behavior", and entering the " viewfinder ”of fellow bullies, to become a victim.

Family education is also important to determine how one reacts to scenes of bullying: a research has highlighted how children are more likely to intervene, to block the action or defend those who suffer, if the parents have transmitted the values ​​of sharing and participation; on the contrary, they pretend nothing has happened, they look elsewhere if they have been taught that it is better to keep out of it, to mind your own business.

The coffee? With 5 cups a day you save yourself from premature death ❯

add a comment of Parental bullying: how bullying is transmitted to children