Paracetamol: new serious side effect on arteries just confirmed of prolonged use 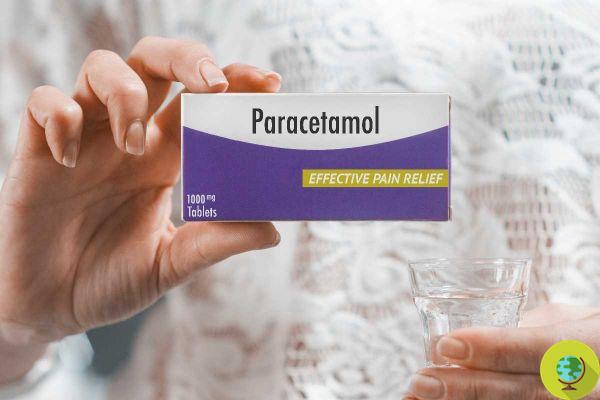 Paracetamol, the active ingredient in Tachipirina, may increase the risk of heart disease in patients with hypertension, according to new research.

According to a new one study the use of paracetamol, which is the active ingredient of Tachipirina, could be harmful to people suffering from hypertension. The reason? It would increase the risk of heart attack and stroke. Obviously, this is not a short-term use to relieve simple headaches or to lower fever, but the study refers to regular and long-term use. (Read also: Beware of paracetamol, overdose can destroy the liver!)

The study, led by researchers at the University of Edinburgh, looked at the effects on 110 volunteers, two thirds of whom were taking medications for high blood pressure or hypertension. They were asked to take 1 g of acetaminophen four times a day for two weeks, and after a two to three week break, the patients switched to placebo for another two weeks.

Eventually, the researchers compared the changes in blood pressure for each patient; on average, the participants' systolic blood pressure - the pressure when the heart pumps out blood - had increased by 4,7 mmHg by the end of the two weeks that participants were taking acetaminophen.

Hence, these data showed that paracetamol caused an increase in blood pressure. In fact, the analysis determined that around 4 g per day, or eight standard tablets, could increase the risk of heart problems by 20%. Consequently, for those suffering from high blood pressure it is advisable to take the lowest dose of paracetamol, and always under medical supervision.

This research confirms that there is a link between the use of paracetamol and the risk of stroke or heart attack, but for the researchers it was not possible to establish the actual causes; for this reason further analyzes are necessary.

Schrödinger's paradox, is the cat in the box dead or alive? The answer will blow you away ❯

add a comment of Paracetamol: new serious side effect on arteries just confirmed of prolonged use