Pancreatic neuroendocrine tumor: symptoms not to be underestimated 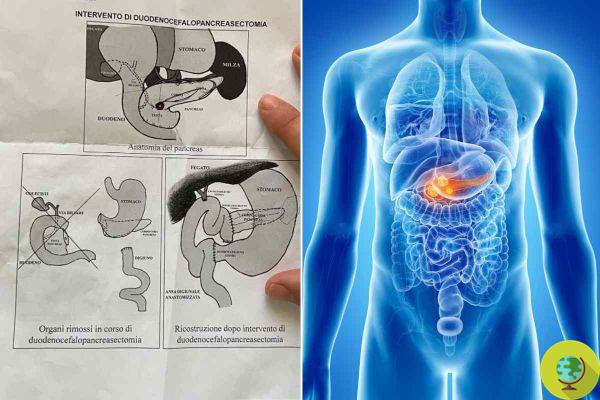 Neuroendocrine tumors, also referred to as TNE or NET (from the English Neuro-Endocrine Tumor), originate from endocrine cells and can affect organs as diverse as the intestine, pancreas, lungs, thyroid, thymus or adrenal glands


Generally neuroendocrine tumors are a slow growth and not very aggressive, but there may be cases in which they manage to grow rapidly and severely.

Before explaining what the tumor that affected Fedez is, let's specify what the neuroendocrine system.

The neuroendocrine system is made up of cells that have the typical characteristics of endocrine cells, which produce hormones, and of nerve cells, hence "neuroendocrine". These cells are throughout the body and, depending on the organ in which they are found, perform specific functions, such as regulating the flow of air in the lungs or the rate of transit of food in the gastrointestinal tract or the release of digestive juices. in the intestine.

Neuroendocrine tumors, which in English are indicated by the acronym NET o NET (from the English Neuro-Endocrine Tumor), originate from these cells and can affect organs that are very different from each other such as the intestine, pancreas, lungs, thyroid, thymus or adrenal glands.

The neuroendocrine tumor of the pancreas

More correctly we speak of neuroendocrine tumors of the pancreatic islets to indicate that series of pathologies that can develop starting from the endocrine cells notes present in the pancreas. But they can also arise at the level of duodenum.
Only a small percentage, ranging from 5 to 10%) of pancreatic cancers originate from endocrine cells, while the vast majority are caused by duct cells.

Some pancreatic endocrine tumors are called "functional", as they are capable of producing an excess of hormonal substances responsible for more symptoms, and "non-functioning", which are the majority and which do not produce any substance.

It goes without saying that all of this often involves specific symptoms. Let's see which ones.

Depending on the hormone produced by the tumor, various symptoms can occur; the main ones are:

In addition to the symptoms due to the production of hormones, others are instead linked to the effect of the tumor itself, especially present in the case of a non-functioning tumor.

The main ones are:

How a neuroendocrine tumor is discovered

If sometimes the suspicion arises with the above symptoms, other times it is discovered by chance, through diagnostic tests aimed at something else. To have a certain diagnosis, we resort to:

Breast cancer: A diet high in saturated fat increases the risk of getting sick ❯

add a comment of Pancreatic neuroendocrine tumor: symptoms not to be underestimated