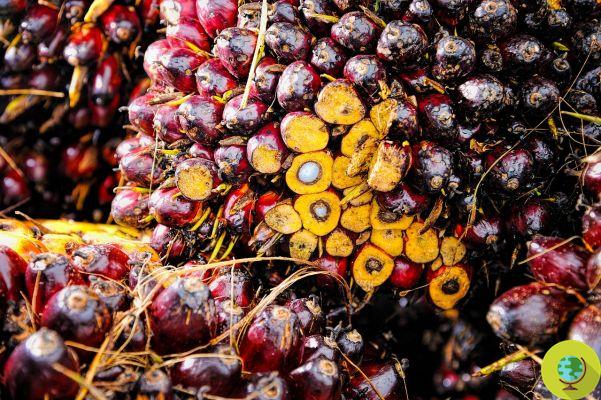 Is palm oil bad for you? What are the health consequences of using palm oil as a food ingredient? The Istituto Superiore di Sanità (ISS) has expressed its opinion on palm oil at the request of the Ministry of Health.


THEPalm oil it hurts? What are the consequences for the health of using palm oil as a food ingredient? L'Istituto Superiore di Sanita (ISS) has given its opinion on palm oil at the request of the Ministry of Health.

The Ministry of Health published a summary of the ISS opinion on palm oil on its website. The ISS first of all highlights that palm oil is a relevant source of saturated fatty acids.

The ISS claims that the consumption of palm oil "is not related to the increase in risk factors for cardiovascular disease in normal-cholesterol, normal-weight, young subjects and who at the same time take adequate quantities of polyunsaturates".

Instead, population groups such as children, elderly, dyslipidemic, obese, patients with previous cardiovascular events, hypertensive “They may be more vulnerable than the general population”.

For this reason, highlights the ISS, in the context of a varied and balanced diet, including foods naturally containing saturated fatty acids (meat, dairy products, eggs), it is necessary to reiterate the need for limit the consumption of foods that carry high amounts of saturated fats.

Read Thu the summary of the ISS opinion on palm oil and download Thu the PDF with the complete opinion.

EASY TO SAY PALM OIL: LET'S KNOW IT BETTER TO REALLY DEFEND US

PALM OIL: BECAUSE IT IS HARMFUL FOR HEALTH AND THE ENVIRONMENT