Palm oil: because it is harmful to health and the environment

Those who have the habit of checking the labels of food products before making a purchase will have come across the words "palm oil" or "vegetable oil", which, if not followed by a further specification placed in brackets and concerning the type of oil used, could hide this oil of exotic origin and less and less well regarded both from a health and environmental point of view.

Those who have the habit of checking food product labels before making a purchase will have come across the words "Palm oil"Or"vegetable oil", Which, if not followed by a further specification placed in brackets and concerning the type of oil used, could hide precisely this oil of exotic origin and less and less well regarded both from a health and environmental point of view.

It is particularly puzzling the spread of its use, which embraces not only thefood industry, but also the world of cosmetics, being an oil considered very versatile, as well as available on the market a low prices compared to other more valuable vegetable oils. Its presence in the packaged foods it does not only affect common supermarket products, but also i organic foods, among which can be identified, for example. rusks and biscuits for breakfast. It is therefore necessary to put one particular attention to the ingredient lists wherever you buy a product and any brand you refer to.

Palm oil, in the municipalities packaged products, never fails to be used in both sweet and savory products, among which it is possible to identify different types of baked goods, such as crackers and breadsticks, but also snacks of various kinds and biscuits, not to mention some of the most popular spreads and some types of margarine, as well as some ready-made fresh or frozen bases for the preparation of savory pies, pizzas and focaccias and different types of pre-cooked or pre-fried dishes.

What should push us to avoid the consumption of products containing palm oil in order to protect our health concerns the its high content of saturated fat, which can reach up to 50% in the case of palm oil derived from fruits and 80% in palm kernel oil, derived from seeds. These are oils often used industrially for frying and at a cosmetic level for the preparation of creams, soaps and cleaning products intended for personal care.

His high saturated fat content makes it semi-solid at room temperature. This occurs both in the case of palm oil and palm kernel oil, which is mainly used in confectionery for the creation of sweet creams and fillings, for candying and for the preparation of icings. Its high saturated fat content unfortunately it is not counterbalanced by an adequate presence of beneficial polyunsaturated fatty acids, believed to be able to keep LDL cholesterol levels under control.

Palm oil is also used outside the cosmetic and food industry, for example in the biodiesel production. However, the biofuel obtained from palm oil has been branded by the US Environmental Protection Agency as not ecological, as its production causes carbon dioxide emissions higher than what is allowed for a biofuel to be considered truly "clean", as well as due to huge environmental costs associated with its production. 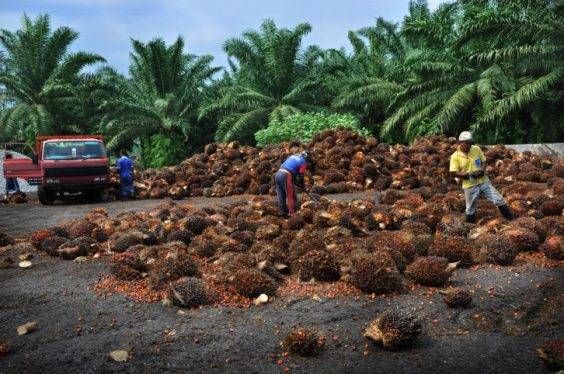 They are mainly related to methods of spreading the cultivation of oil palms, which took place more and more over the last few years due to the need of the industrial world to have at its disposal a low cost oil and can be used, as seen, in numerous fields of application. The spread of oil palm plantations has long been opposed by environmental associations such as Greenpeace and Friends of the Earth, well aware of the serious damage to the ecosystem caused by this practice.

La cultivation of oil palms it is in fact gaining momentum subtracting land from forests priceless, he understood ancient rainforests characterized by the presence of unrepeatable ecosystems in the world. Preparing the land for growing oil palms would require drastic interventions which would include destructive fires hundreds of hectares of forest every yearor in the name of increasingly pressing industrial needs, contributing to the disappearance of more and more numerous plant and animal species, which suddenly find themselves deprived of their natural habitat. 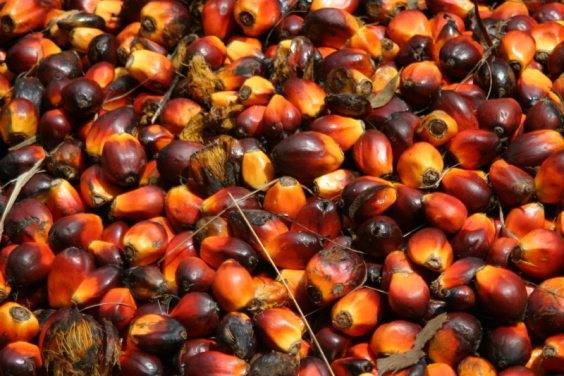 La deforestation affects areas of the world such as the Ivory Coast, Uganda and Indonesia - and not only - whose pristine forests are gradually eroding their borders due to the growing demand for a oil that the world could very well do without, in favor of products that are decidedly healthier and more sustainable and of a food industry capable of providing quality products that are therefore not based on ingredients that are practically poor from a nutritional point of view. There devastation of rainforests it also causes serious damage to the indigenous peoples who still live there (contributing to their defense and protection), from which territories they have occupied for centuries would be removed without hesitation. 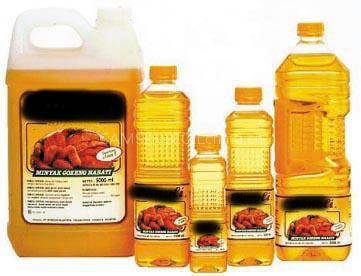 To the destruction of the Indonesian forests A documentary film "Green the Film" was dedicated, lasting forty-five minutes, and unfortunately without a happy ending, a conclusion which it would seem impossible to remedy, if the interests of the industries that use palm oil are not replaced by a sincere concern for the fate of the planet. 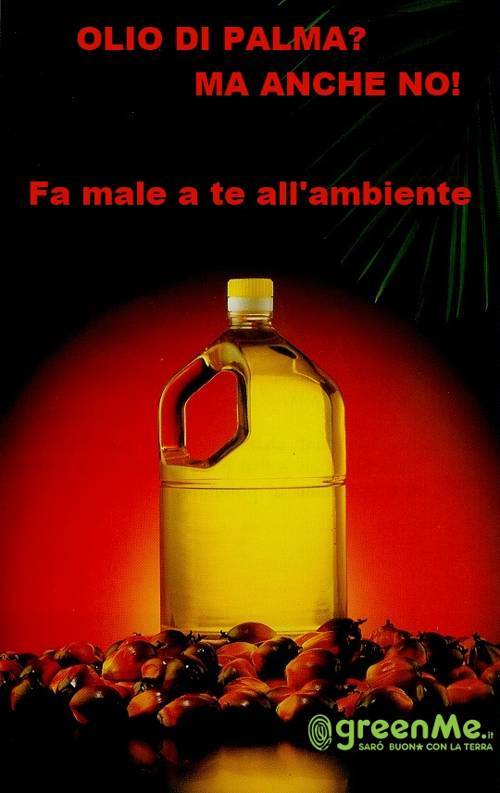 To wipe out the rainforests means say goodbye to real paradises of biodiversity and to the green lungs that for millennia have been related to the production of oxygen necessary for the survival of every form of life, including ours. It is probably in the light of these considerations that also in our country a campaign has been launched to say "Stop palm oil in our food!“, Which you can take part in by consulting this link where you can sign the petition.

- 5 Packaged foods you will never need to buy again

Palm oil in meat, feed and fast food: everyone has forgotten about it, but it has by no means gone away ❯

add a comment of Palm oil: because it is harmful to health and the environment