Otitis: Symptoms, Causes, and Natural Cures in Adults and Children

What is otitis? And why does it manifest itself? All natural remedies for adults and children.

Otitis is a 'inflammation, usually of infectious origin, which concerns theear, characterized by the classic earache (otalgia), more or less intense. Otitis is external if it affects the external auditory canal, it is "medium" or "internal" if it involves the middle or inner ear, respectively, and takes the name, instead, of myringitis, if it affects only the tympanic membrane. But what are the symptoms specific to an otitis? And what are the cycle to put into practice?

Caused by virus or from bacteria and to be associated with fluid build-up inside the ear or mucus buildup, the diagnosis of otitis is carried out by the doctor by introducing the so-called otoscope into the ear, with which the redness of the tympanic membrane, the presence of fluid and the possible ejection of the eardrum are analyzed.

Several factors cause it, but exposure to cold or "simple" allergies can also contribute to the onset of otitis.

Otitis is acute or chronic inflammation of the ear. It generally relates to viral or bacterial forms, but almost always occurs as a result of flu diseases.

All forms can have a acute or chronic course and all are characterized by a ear pain, which varies depending on the presence of other symptoms and the area of ​​the ear affected by the inflammation. Furthermore, otitis can become chronic if the patient who manages to spontaneously eradicate the pathogen in a short time, resorts to specific drugs for complete recovery.

Then there is the"barotraumatic" otitis, which is a disorder that originates in the variation between the atmospheric pressure and that inside the middle ear (for example in the case of an airplane trip or scuba diving). 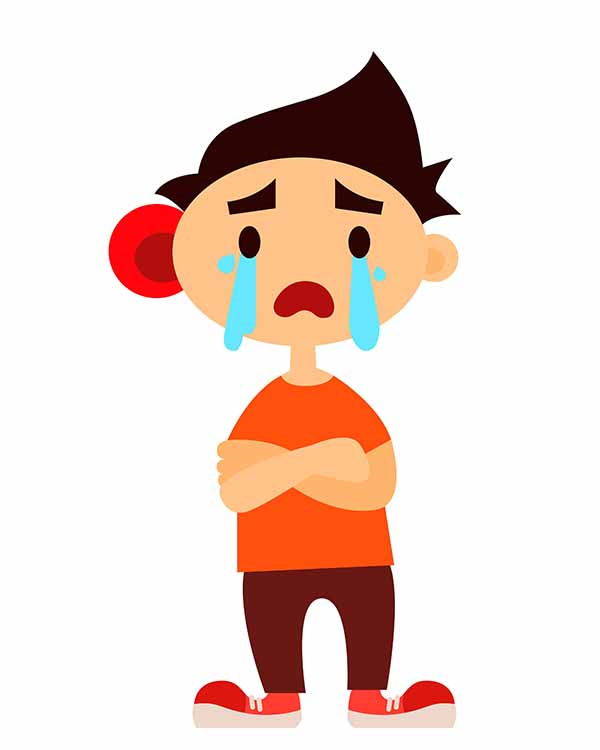 Also known as in the name of labyrinthitis, an internal otitis mainly concerns that small internal auricular area made up of organs deposited to maintain balance and to listen to music and words (the labyrinth in fact).

Among the symptoms of internal otitis we find:

It is the one that most commonly develops among pediatric children. It occurs in the middle ear, in the space between the tympanic membrane and the inner ear. It has an acute variant which is the most common form. 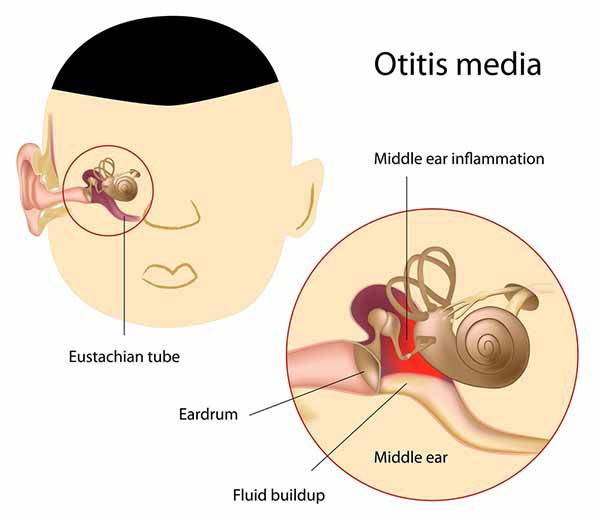 Among the symptoms otitis media we find:

If otitis media does not receive the right treatment, it could lead to perforation of the eardrum, impaired hearing or severe tinnitus.

It is also called "swimmer's otitis”, Because it is often triggered by a microorganism, such as fungi or bacteria present in swimming pools and in the sea. It is characterized by the appearance of pain when the ear is touched or pulled or when chewing.

Among the symptoms of external otitis there can be:

Generally due to bacterial or viral infections, rarely caused by fungi, otitis finds one of its triggers in contaminated water which, if it remains in the ear canal with earwax, creates ideal conditions for proliferation of germi.

Also in the analysis of the cause, it is possible to distinguish between the various forms of otitis:

In general, the internal body is associated with:

To be the main cause of otitis media, typical of children, is a respiratory tract infection, which is also often accompanied by the discharge of purulent material from the external ear canal.
Even allergies andenlargement of the adenoids they can be the cause of otitis media.

Also in this case, the cause of otitis are mainly bacteria and viruses (especially herpetic viruses. But among the causes are also included:

Otitis, treatment in adults and children

Given the different causes, it goes without saying that the treatment of otitis strongly depends on the factors that triggered it, the type of infection, the age - especially with regard to children - and the severity of the disorder.

There are cases in which otitis in children resolves spontaneously, especially when it was caused by viral infections. It is always good consult your pediatrician, who will probably administer drugs in the first place antiinflammatory or pain relievers such as acetaminophen. If the cause is a bacterial infection, the pediatrician will presumably aim to assign antibiotics. 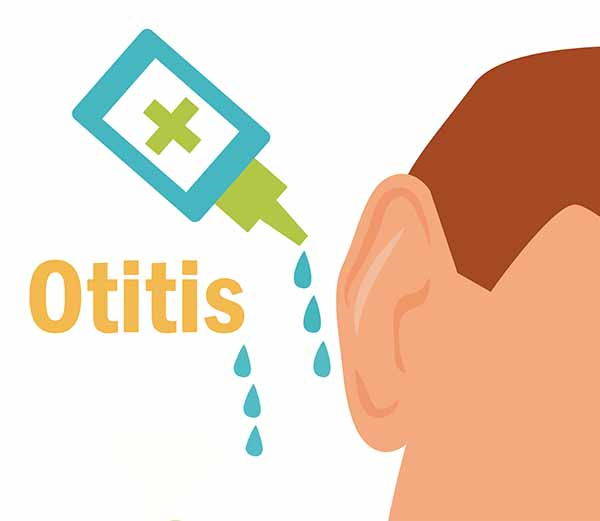 There are, however, especially when otitis is in its earliest stage, gods effective natural remedies to use. Between these:

YOU CAN NEED IT THEN:

add a comment of Otitis: Symptoms, Causes, and Natural Cures in Adults and Children