Organic waste: the new SITRA collection system has been introduced in Verbania

In Verbania, in the Sant'Anna district, the new SITRA wet waste collection system has started

Our future is in the hands of the new generations, precisely for this reason the Consorzio Unico del Bacino di Verbania, together with EPT SpA. of Bolzano has decided to start from elementary school S.Anna di Verbania the awareness-raising initiative on separate waste collection after the introduction in the Sant'Anna district of the new system for the correct disposal of organic household waste ZITHER®, more effective, more hygienic, practical and environmentally friendly.


Il Integrated Aerobic Waste Transformation System (SITRA), is composed of a special and ventilated condominium dumpster, from ecological perch UMIDEO® wooden that will replace the old non-aerated plastic buckets and give special breathable paper bags, very resistant, liquid-tight to use instead of biodegradable bags.

UMIDEO® it has the fundamental function of keeping the bag suspended during its filling. The porosity of the special paper and the suspension of the bag they will prevent organic waste from fermenting, thus preventing the formation of bad smells usually produced from organic harvested in non-optimal aeration conditions. The special paper bag is to all intents and purposes an "ecological disposable container", produced entirely in vegetable fiber (cellulose) and therefore highly biodegradable, which does not need to be washed or sanitized like old buckets, but simply thrown away when full.

The new dumpster special ventilated condominium, will instead behave like a real "composter on wheel": Designed and built with the same performance criteria as UMIDEO®, it will guarantee aoptimal presence of oxygen in organic waste given by citizens in paper bags, thus favoring a natural evaporation of water and an ideal aerobic biodegradation of the waste. 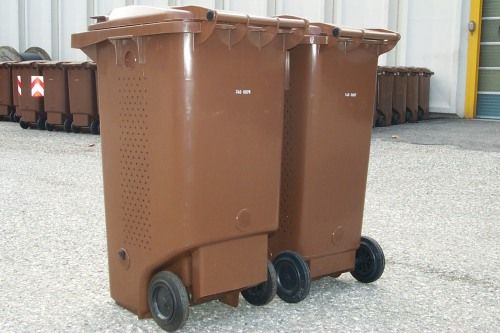 Just in these days in the district of S. Anna has begun the territorial distribution of the new bins ventilated which, thanks to the special paper lining, will ensure optimal hygienic conditions.

Waiting for this revolutionary system, which will allow us to finally convert organic waste into other resources such as compost or even better gas, it can be distributed throughout the peninsula, here are some small suggestions on how to better manage the collection of organic waste:

add a comment of Organic waste: the new SITRA collection system has been introduced in Verbania