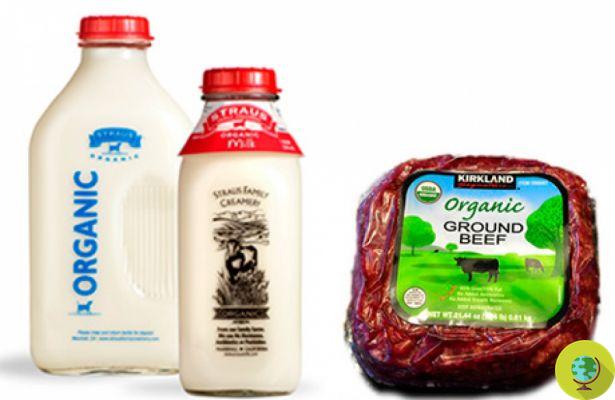 A new study in favor of organic informs us that naturally grown foods contain less cadmium than conventional products. A large study published in the British Journal of Nutrition collected data from hundreds of studies that compared data from the comparison between organic and conventional agriculture.

A new study in favor of the biological informs us that naturally grown foods contain less cadmium than conventional products. A broad study published by British Journal of Nutrition collected data and information on the comparison between organic and conventional agriculture from hundreds of previous researches.

Experts had already reported that organic foods have a higher level of antioxidants and less pesticide residues. Now they add that the crops that follow the organic method make it possible to obtain foods that contain half the cadmium.

The experts Mark F. McCarty e James J. DiNicolantonio explored the health implications of reducing exposure to this heavy metal through diet in a paper published once again in the British Journal of Nutrition, which bears the title “Are organically grown foods safer and more healthful than conventionally grown foods ? ".

Cadmium taken from food accumulates in the body e high levels are associated with a higher risk of cardiovascular disease and cancer. People with high levels of cadmium in their urine have higher mortality rates. The two experts estimate that, by lowering exposure to this heavy metal by 50%, the transition from conventional to organic farming could reduce total mortality by 20%.

Exposure to cadmium can also be due to smoking and professional reasons, but diet is the most important form. This heavy metal, considered a toxin, can be also present in foods normally considered healthy, such as vegetables, greens and grains. According to the experts and vegans, who consume more of these foods, are at increased risk of cadmium exposure.

DiNicolantonio and McCarty inform us that vegans may have a higher blood cadmium concentration than omnivores. Hence the recommendation of choose organic vegetables and vegetables as much as possible, or otherwise grown naturally. In fact, the level of cadmium present in plants reflects the composition of the soil.

Experts inform us that they are 2 the factors that determine an increase in cadmium in food: the acidity of the soil and the use of fertilizers and synthetic fertilizers. The compost and manure used in organic farming according to DiNicolantonio do not suffer from this type of heavy metal contamination.

The two researchers are keen to point out that they are not suggesting that conventionally grown foods are not healthy, but that they are organic farming makes it possible to produce safer and healthier food. Finally, the experts once again underline the environmental and health benefits of organic farming and the organic diet, pending further research in this regard.