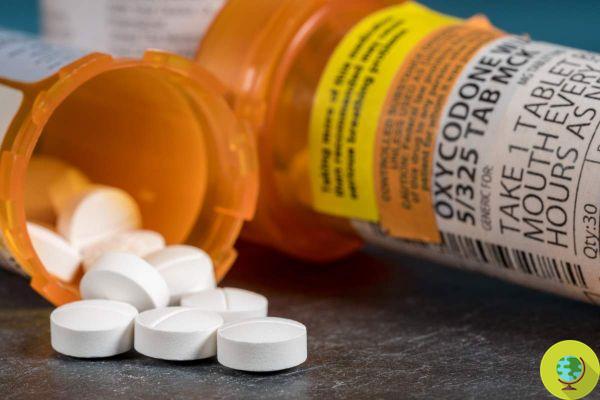 Johnson & Johnson is willing to pay $ 5 billion to stop a trial involving opioids, accused of causing hundreds of thousands of deaths in the US. A group of US attorneys general has unveiled a $ 26 billion deal, which will weigh on some large drug companies, accused of fueling the deadly opioid epidemic nationwide.


This was revealed by The Guardian, according to which the three largest American drug distributors, McKesson Corp, Cardinal Health Inc and AmerisourceBergen Corp, should pay 21 billion dollars combined, while Johnson & Johnson (J&J), which produces opioids, would pay 5 billion. dollars to stop the process.

There isn't enough money in the world frankly to deal with pain and suffering, Connecticut Attorney General William Tong said, adding that the money "will help where help is needed."

The deal was the second largest ever of its kind, following the $ 246 billion tobacco deal in 1998. If it goes through, J&J will pay the price in 9 years, with a maximum of 3,7. billions of dollars paid in the first 3 years. The money should be used for addiction treatment, family support, education, and other social programs.

According to reports from the British newspaper, drug distributors have carried out poor controls which made it possible to divert huge amounts of addictive pain relievers in illegal channels, devastating entire communities. In the case of J&J, the company was accused of having the risk of addiction is minimized in its opioid marketing. The companies have denied the allegations.

More than 3.000 lawsuits related to the health crisis have been filed, mostly by state and local governments. The negotiators struggled to ensure an agreement was reached that would put an end to almost all disputes.

La opioid crisis has caused hundreds of thousands of deaths for overdose in the United States since 1999, but it hit some regions much harder than others, creating divisions among state governments. That's why individual states will have 30 days to evaluate the deal. The trial against the distributors will begin on September 7th while the one against J&J is set for January. To receive full payment, the deal will need to enlist the support of at least 48 states, 98% of the local governments involved and 97% of the jurisdictions still to sue.

Unfortunately, time passes and the victims continue to grow. The U.S. Centers for Disease Control and Prevention (CDC) last week released provisional data for 2020 - the latter being a record year for drug overdose deaths with 93.331 fatalities, up. 29% compared to 2019.

Although many deaths involve illicit heroin or fentanyl and over-the-counter pain relievers, most deaths often resorted to these after an initial addiction to prescription-only opioids.

Sources of reference: The Guardian

Onigiri: the recipe for Japanese rice balls, inspired by the masterpiece "The enchanted city" by Miyazaki ❯

add a comment of Opioids, killed thousands of people: Johnson & Johnson ready to pay 5 billion to block the process