Only people under the age of 25 can hear this sound. And do you perceive the "mosquito tone"? 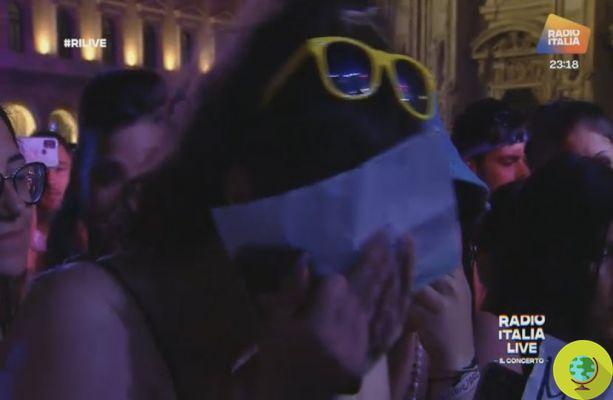 A challenge between generations has recently gone viral on TikTok, which reveals that only people under the age of 25 are able to perceive the so-called "mosquito tone", a sound of 17.4 kHz.

There are sounds that we don't all perceive in the same way. It may seem strange, but it really is. A challenge between generations has recently gone viral on TikTok, which reveals that only people under the age of 25 are able to perceive the so-called “Tono zanzara”, so called because it vaguely recalls the buzz of this insect.

It is, in fact, a sound of 17.4 kHz which, with advancing age, it is no longer easy to grasp. Unlike other organs or the skin, the inner ear is unable to regenerate itself. In short, the older we get, the less we feel.

In the specific case of the "mosquito buzz" it is not only the elderly who do not perceive it, but even the 30-year-olds. In one of the various videos published on TikTok we see Maylinn Storbakken, a 32-year-old woman with her niece Elizabeth, who is 17, struggling with the challenge. While the first of her can't hear the buzz, the 17-year-old can hear it perfectly and even seems disturbed by the sound.

There are many people who are trying to "test" their hearing these days.

I swear she’s just pretending to hear something @anacarinaa_

Of course, the 25-year threshold theory isn't always true. There are also older people who can feel this frequency, while younger people cannot hear anything.

And can you feel the buzz? How “old” is your hearing?

Do you suffer from insomnia? Maybe it's your genes ❯

add a comment of Only people under the age of 25 can hear this sound. And do you perceive the "mosquito tone"?