Not just garlic, as your diet can increase bad body odor 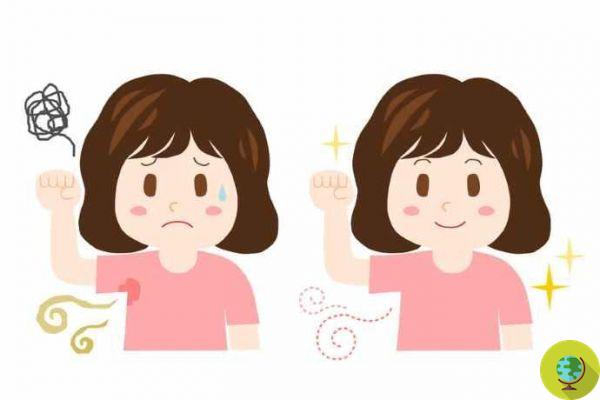 Does the body smell bad? Beware of the food you usually eat! Not only halitosis, but also other types of odors can be released from the limbs of your body

Does the body smell bad? Beware of the food you usually eat! Not only halitosis, but also other types of odors can be released from the limbs of your body.


And if it is something we say "natural" that a particularly tasty meal or a long day away from home with non-breathable shoes throw us in complete embarrassment when anyone approaches, what we do not know is that there are certain foods that, if eaten in large quantities are precisely responsible for the problem. Here are which ones.

Breath, sweat and some other channels through which creepy scents can take a turn: in addition to genetic factors (and personal hygiene!), Nutrition can also influence the smell of the skin.

Beyond the garlic, here it is 5 foods of which it is good not to overdo it ... under pain of bad smells!

Happy hour habitual tremate: according to the National Institut of Health when a few too many shots are absorbed into our body, alcohol is metabolized into acetate o acetic acid and when acid sweat is in turn metabolized by skin bacteria, it can leave an unpleasant scent.

Broccoli, cabbage, and the rest of the cruciferous family can affect our smells on two fronts. first of all, these vegetables contain sulfur, a stinky compound that, once it gets into skin bacteria, allowing them to produce more compounds containing their own sulfur. And smelly.

Additionally, these vegetables can also cause a fish-like odor in people who have a genetic condition called 'trimethylaminuria'. This results in the body's inability to break down a foul-smelling compound found in these vegetables, as well as beans, eggs, and milk.

Limiting the consumption of meat would be good not only for the environment but also for our body odor. While meat is also on the list of foods rich in sulfur odor, the results of a study published in the journal Chemical Senses also suggest that eating meat could affect sweat, possibly due to fatty acids. The data showed that the sweat of those who follow a vegetarian diet is significantly less pungent.

The smell that asparagus gives to urine is already known. "Asparagus pee" is caused by a compound called "methyl mercaptan". Highly soluble in water, methyl mercaptan passes through the system almost immediately after eating asparagus.

Particularly spicy foods and those based on garlic and onions can give what is known as "the sweat of garlic" due to the high concentration of volatile elements. Like kale and broccoli, these foods also generally contain sulfur.

add a comment of Not just garlic, as your diet can increase bad body odor