Not just dopamine! Scientists have just discovered that there is another thing that gratifies your brain 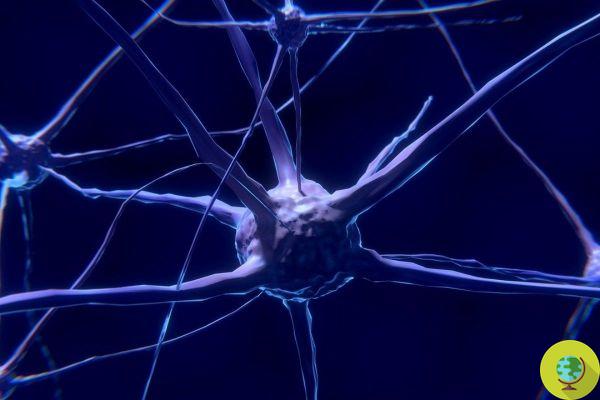 
The most ancestral reward circuit of our brain and best known to scientists is undoubtedly the dopaminergetic mesolimbic system, composed of neurons that connect the ventral tegmental area (VTA) to the so-called nucleus accumbens: this plays a key role in addiction mechanisms, in the processing of feelings of pleasure and fear as well as the onset of the placebo effect. Dopamine is in fact released when the brain expects a pleasant reward - from a simple pizza to rewarding activities such as sex or shopping or sports; unfortunately, however, it can also be released as a result of the use of alcohol or drugs or nicotine (and this leads to the addiction mechanism).

The key to overcoming drug addiction and psychiatric disorders therefore lies in our brains - precisely in those circuits that cause us feelings of well-being, that make us feel good. That's why researchers are looking for new circuits and other neurotransmitters (besides dopamine) that can play a role in rewarding and habit-strengthening processes.

This study opens up new avenues to understanding reward circuits that could be altered by substance abuse such as nicotine, opiates and other narcotics, but also in people with neuropsychiatric conditions such as depression - says Dr. Michael Bruchas dell’University of Washington School of Medicine.

The researchers found that about 30% of the cells in the VTA are GABA neurons, mainly involved in the processes of reward and aversion, thus potential targets for the treatment of addictions, stress and other conditions such as depression. What's interesting is that some of these GABA neurons make their way to a specific section of the nucleus accumbens, the very part that contributes to reward strengthening.

(Read also: Dopamine: what it is, function, effects and how to increase the natural one)

These first results help to understand which neuronal circuits are directly involved in psychiatric conditions of addiction, depression and stress. The brain is not a monolithic structure, but rather it is very plastic and in continuous evolution: understanding the different sub-regions within it will allow us in the future to create specific 'neuro-modulators' capable of repairing the damage caused by addictions and diseases.

Not just iron, what happens to the body when you have a copper deficiency (and sources to get more of it) ❯

add a comment of Not just dopamine! Scientists have just discovered that there is another thing that gratifies your brain