No, the coronavirus did not originate in a laboratory. The study that confirms its natural evolution 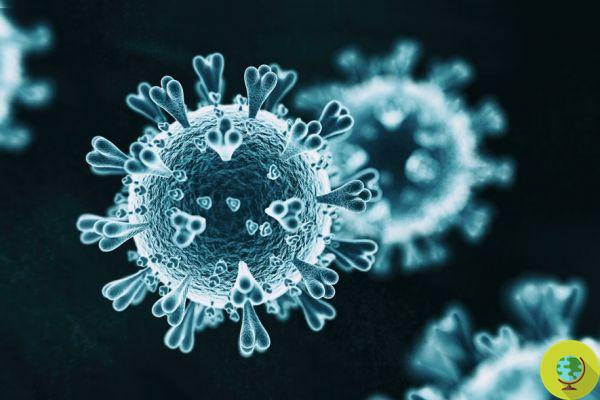 The coronavirus linked to the Covid-19 pandemic is nothing more than the product of natural evolution. A study disproves any conspiracy.

A new study has dealt the final blow to one of the first coronavirus theories, that it all started in a biological laboratory in Wuhan. Well, public analysis of the genome sequence data from SARS-CoV-2 found no evidence that the virus was engineered.


According to the study "The proximal origin of Sars-Cov-2" published in Nature Medicine, in fact, the coronavirus linked to the Covid-19 pandemic is none other than the product of natural evolution.

No evidence has ever been found to support the idea that the virus originated in a laboratory. Indeed, it is well known by now that those of coronaviruses are a family of viruses that can cause diseases that vary greatly in severity and resistance. The first known disease caused by a coronavirus was linked to the 2003 outbreak of severe acute respiratory syndrome (SARS) in China, while a second outbreak of severe disease began in 2012 in Saudi Arabia with Middle East respiratory syndrome (MERS) .

Now, shortly after this pandemic began, Chinese scientists have sequenced the SARS-CoV-2 genome and made the data available to researchers around the world. Since then, geneticists have kept an eye on the pathogen through the open Next Strain project and there is no evidence to suggest unnatural evolution.

In short, no one has found evidence of manipulation.

"By comparing the available genome sequence data for known coronavirus strains, we can confidently establish that SARS-CoV-2 originated through natural processes," Kristian Andersen, PhD, associate professor of immunology and microbiology, told ZME Science. at Scripps Research and author of the research.

Andersen and colleagues analyzed the genetic model of the virus, looking at the proteins in the spikes - the external "armor" that the virus uses to hook and penetrate the outer walls of human and animal cells. Specifically, they focused on two characteristics of the spike protein: the receptor-binding domain (RBD), a kind of hook that clings to host cells, and the cleavage site, a sort of molecular can opener that allows the virus to open the host cells and penetrate them.

The scientists found that "the RBD portion of the Ars-Cov-2 protein spike had evolved to effectively target a molecular feature outside human cells called ACE2, a receptor involved in blood pressure regulation." In fact, the Sars-Cov-2 spike protein is so effective at binding to human cells that scientists have concluded that "it is the result of natural selection and not the product of genetic engineering."

Evidence of natural evolution was confirmed by data on the overall molecular structure of Sars-Cov-2. According to the scientists, "if someone had tried to engineer a new coronavirus as a pathogen, they would have built it from the backbone of a virus known to cause disease."

But in reality the backbone of Sars-Cov-2 differed from that of already known coronaviruses and mostly resembled "related viruses found in bats and pangolins". Andersen adds: "These two characteristics of the virus, mutations in the RBD portion of the spike protein and its distinct supporting structure, rule out laboratory manipulation as a potential source for Sars-Cov-2."

The overall structure of the virus ultimately suggests that it evolved naturally and hopefully, the scientists conclude, this will put an end to speculation about the virus's origin.

Nipah: symptoms, outbreaks and how the new scary virus is transmitted ❯

add a comment of No, the coronavirus did not originate in a laboratory. The study that confirms its natural evolution