Nipah: symptoms, outbreaks and how the new scary virus is transmitted 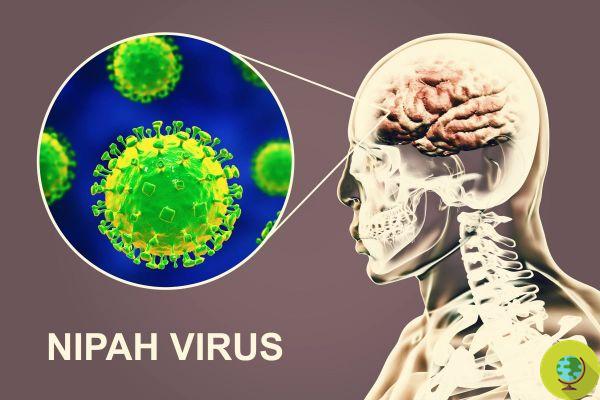 Concerns about Nipah virus, with a death rate of up to 75%, as a new virus that could trigger a pandemic in the future

We are still in full coronavirus pandemic and experts are already beginning to question what may happen in the future. A new report warns that one of the most serious risks is represented by the Nipah virus.


You may have already heard of Nipah, a virus of particular concern as it has a mortality rate of up to 75%. And, according to some experts, a future pandemic could be caused precisely by this virus.

To say it is a new report from the Access to Medicine Foundation.

“Nipah virus is another emerging infectious disease that causes great concern. It could explode at any moment. The next pandemic could be a drug-resistant infection, ”Jayasree K Iyer, executive director of the Access to Medicine Foundation, told The Guardian.

The 2021 Medicine Access Index report examines the actions of 20 of the world's leading pharmaceutical companies to make medicines, vaccines and diagnostics more accessible. This highlights, as it is easy to imagine, that research and development for Covid-19 has increased in the last year, but also that, so far, the risks of other pandemics have not been addressed.

Among these, a possible Nipah epidemic.

Nipah virus, how it is transmitted and symptoms

It is a rare and widespread virus from fruit bats. According to the World Health Organization (WHO) it can be transmitted from animals to people, through contaminated food and products but also from person to person.

This virus can cause flu-like symptoms but also brain damage. When a person contracts it, they can be asymptomatic or experience mild to fatal symptoms.

WHO has listed the following as possible symptoms:

"This may be followed by dizziness, sleepiness, impaired consciousness and neurological signs that indicate acute encephalitis," writes the WHO.

Some people may even experiment atypical pneumonia and severe breathing problems. Encephalitis and seizures occur in severe cases, progressing to coma within 24 to 48 hours.

The intubation period can vary from 4 to 14 days, but longer periods of up to 45 days have also been recorded according to the World Health Organization.

Although the death rate is around 40-75%, "most people make a full recovery," according to the WHO. The mortality rate can vary and depends on "surveillance and clinical management in affected areas".

How is it treated?

There are no drugs or vaccines that target Nipah virus infection. The main treatment for humans is supportive care.

Then there is the problem of difficult diagnosis. Initial signs and symptoms of Nipah virus infection, in fact, are not specific and its presence is often not initially suspected. This can hinder accurate diagnosis and therefore prevent new outbreaks from being blocked in the bud.

A Nipah virus outbreak occurred in the southern Indian state of Kerala in 2018, killing 17 people. At the time, countries like Saudi Arabia and the United Arab Emirates had temporarily banned imports of frozen and processed fruits and vegetables from Kerala of their own due to this outbreak.

The first outbreak, however, according to WHO occurred in Malaysia and hit Singapore in 1999. Close contact with infected pigs was the likely cause, the US CDC and WHO argue. The strain identified in the first outbreak is believed to have spread from bats to pigs and eventually to people.

"People who worked closely with infected pigs began to get sick - the CDC reports, adding - in that epidemic no person-to-person [cases] were reported."

In subsequent outbreaks in Bangladesh and India, consumption of fruit or fruit products (such as raw date palm juice) contaminated with bats' urine or saliva was the most likely source of infection.

No snacks at school. In Cilento the simple goodness of bread and oil is rediscovered ❯

add a comment of Nipah: symptoms, outbreaks and how the new scary virus is transmitted