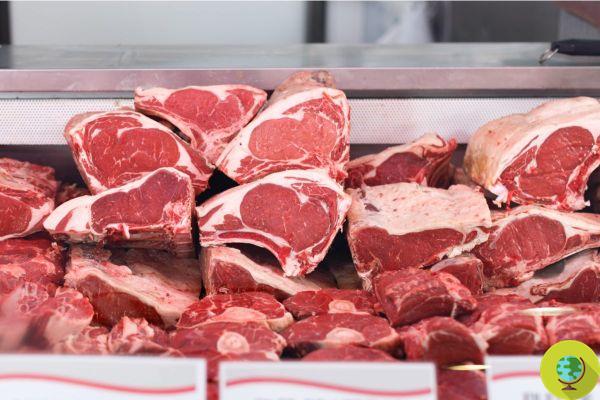 The University of Oxford has developed a food program to sensitize people to consume less meat, increasing awareness of their eating habits and the risks associated with the consumption of this food.


The Optimise Meat Tracker is an online food program created by the University of Oxford to help people who want to reduce their weekly meat intake but don't know where to start. Let's remember that eating less meat (or not eating it at all!) Is good for our health as well as for that of the planet: for example, intensive farming of cattle, from which the hamburgers we usually consume come from, are the first cause of deforestation in the world. world.

(Read also: Deforestation: so your consumption habits are causing the loss of 4 trees per year)

Due to the growing awareness of the health and environmental benefits of eating less meat, many people are starting to consume this food less often. Many others, on the other hand, would like to do it, but have not yet managed to find the right and effective method for them, because it would involve changing too deep-rooted habits. This is where the university's program comes in, which is not an invitation to completely abolish meat from one's diet, but rather to limit its consumption - even eating less meat can make a difference.

OPTIMISE is a food program designed for adults living in the UK who want to eat less meat: it lasts nine weeks and the aim is above all to help people self-monitor their meat consumption, while learning the impact of this consumption on the environment and one's health.

During the first week, participants continue to eat as they are used to but fill out a 'questionnaire' on the amount of meat consumed in the previous hours each day. This allows us to become aware of the quantity and type of meat consumed to see how and where to intervene. At the end of the first week, participants receive feedback on their meat eating habits.

In the following four weeks, the daily food diary is continued but participants are asked to plan a daily action to reduce meat consumption, then taking note of the results achieved at the end of each week. The university's experts will provide feedback from time to time on the changes introduced, explaining how these can impact health and the environment. These actions create what psychologists call self-regulation process: participants become aware of their habits today to make changes in the future.

The last four weeks of the program are called 'maintenance'. Participants are asked to continue with the new virtuous habits, but not to write down their results or share them. Only during the ninth week there will be a final questionnaire relating to daily meat consumption, which will bring out the results achieved during the program.

add a comment of Nine weeks of learning to eat less meat: the Oxford University challenge