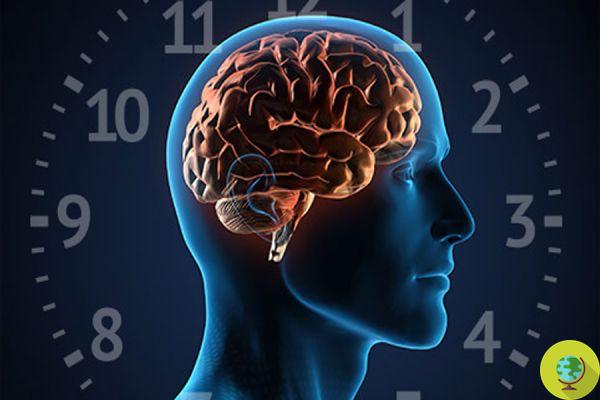 Work in the night time slots, but also jet lag and any other situation that alters the sleep-wake cycle, put our genes into a tailspin


Working at night hurts and the confirmation comes from a study from the English University of Surrey and published in PNAS.

The work in the night time slots, but also the jet lag and any other situation that alters the sleep-wake cycle, haunts the 97% of the DNA used to being activated or deactivated at specific times of the day. In practice, if you work at night and sleep during the day, the biological clock, which marks the natural of our body, is no longer able to regulate hormones, body temperature, athletic abilities, mood and functions. cerebral. In short, a collapse.

The experiment. 22 volunteers lived for a few days every day of 28 hours in an area closed with only artificial light. The researchers then took blood samples periodically. The results revealed that during the interruption of sleep times, there was one a six-fold reduction in the number of genes useful in the circadian rhythm - the clock that regulates the daily cycles of our body, such as the transition from day to night and from wakefulness to sleep. This included huge problems in biological processes.

«It is truly a“ chrono-chaos ”- says Derk-Jan Dijk, one of the authors -. It's like living in a house where each room has a clock set to a different time "

This research complements the results of a study by the University of Surrey itself published last year, which revealed that just one sInsufficient sleep per week alters the activity of hundreds of genes.

Ultimately, staying awake during the night causes a temporal disorder in the genes which, on the other hand, need to organize themselves thanks to the sleep-wake rhythms. Altering these rhythms damages the tissues of the body, the activities of the heart, the brain and even the kidney functions.

- Insomnia: 5 foods that favor it and 5 that prevent it

Does Ledum Palustre work? Is it really the best remedy for mosquitoes? ❯