New Zealand announces the end of the pandemic in the country: "we won the battle against the coronavirus" 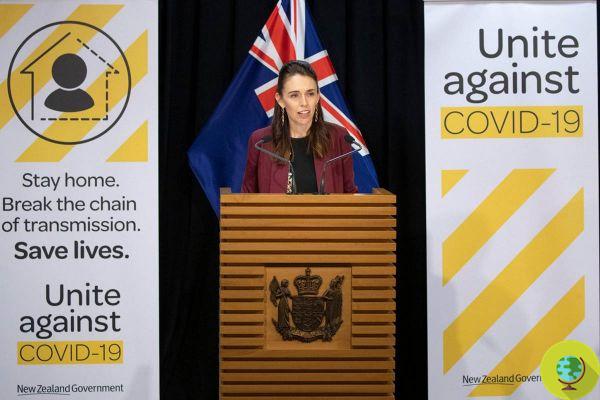 New Zealand, which reached only one new infection a day yesterday, passes from alert phase 4 to 3 and containment measures are eased

In a press conference, New Zealand Prime Minister Jacinda Ardern announced that the coronavirus has now virtually disappeared from New Zealand. The containment measures are loosened but the country will not let its guard down to avoid new infections.


At the end of March, the New Zealand archipelago, which has about 5 million inhabitants, had ordered a series of restrictive measures to limit the spread of the virus: closed borders, closed activities (except essential ones) and an obligation for citizens to stay at home . At that time there was talk of alert level 4.

Now after almost 5 weeks, there are less than 1500 infections and 19 deaths. In recent days there have been less than 10 new infections daily and yesterday there were even only one. So the time has come for New Zealand to announce the end of the pandemic, at least for the moment. As the Prime Minister said at a press conference Jacinda Ardern:

“There is no widespread and undetected transmission of the virus in the country. 'We won the battle' "

The president and his government officials, however, warned that despite the good news, there is no need to let your guard down too much. What has been achieved today does not mean the total end of new coronavirus cases in the area and therefore it is Some measures should continue to be taken, although the restrictions will gradually be lifted.

"We are opening up the economy but not social life," Ardern said

As of Tuesday, some commercial activities (such as takeaway restaurants), as well as health care services and educational activities, may resume. However, most citizens will be asked to continue to stay at home and avoid social interactions as much as possible.

Time you then pass to level 3 where parties and gatherings are still prohibited, shopping centers remain closed and most of the children will not go to school (the schools will in fact be open only for children up to 10 years of age who cannot be followed by their parents. however, recommends that you still keep your children at home). Borders will also continue to remain closed.

If all goes well, from mid-May it will be possible to pass to level 2, further limiting the restrictions.

New Zealand's strategy to stem the contagi seems to have been successful, it must be said that serious restrictive measures were applied much earlier than other countries, when there were still few cases and the result has been seen. The remote location of New Zealand and the ease of closing its borders certainly played in favor when the pandemic broke out, as experts say, but also the population, which has about 5 million inhabitants in all, was obviously a an important factor that has favored the limitation of infections.

However, the New Zealand government was also praised for the clarity of its messages during the crisis. And we particularly appreciated the thought that the Prime Minister of New Zealand dedicated to children, reminding them that they are the priority even in times of coronavirus.

'The Easter Bunny and the Tooth Fairy are essential workers': New Zealand Prime Minister reassures children (and proposes a game)

What do the countries with the best coronavirus responses have in common? Their leaders are women

Jacinda Arden, what the world's youngest woman premier did 2 days after giving birth

The parable of the hummingbird: the teaching you will never forget ❯

add a comment of New Zealand announces the end of the pandemic in the country: "we won the battle against the coronavirus"