New side effect of ultra-processed foods: they increase the risk of stroke and second heart attack 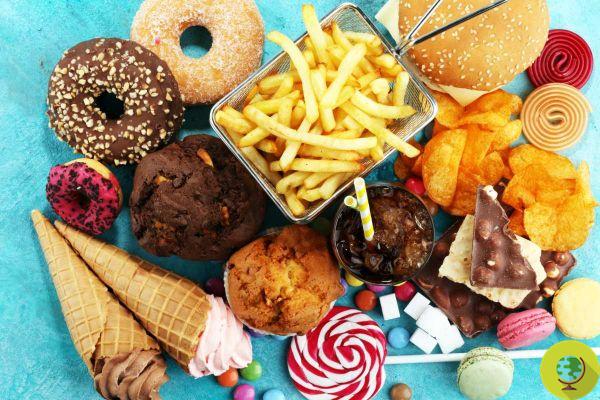 
The Moli-sani Study, conducted by the Department of Epidemiology and Prevention ofNeuromed Institute of Pozzilli (in the province of Isernia) began in March 2005 with the aim of learning what are the environmental and genetic factors underlying the development of cardiovascular diseases, cancer and degenerative diseases. The study transformed the entire region into a huge research laboratory involving about 25.000 citizens of Molise. According to the researchers, consuming ultra-processed foods (snacks, chips, cold cuts and sausages, carbonated drinks, precooked foods) increases the risk of a second heart attack or stroke, often with fatal outcomes, in people already affected by cardiovascular diseases. But not only that: people who eat according to the guidelines of the Mediterranean diet but who consume too many processed foods are also exposed to the same increased risk.

The study followed 1.171 of the 25.000 participants in the Moli-sani study for a period of ten years: all of them already suffered from some cardiovascular disease at the time of the start of the study. The researchers focused on the consumption of ultra-processed foods (ready meals, sugary drinks, snacks, but also unsuspected and considered "healthy" products such as crackers, breakfast cereals and fruit yogurt) and, in particular, on their contribution of certain substances - such as flavor enhancers, sweeteners, preservatives , dyes and antioxidants. Each food has been "evaluated" on the basis of its content of these substances and its nutritional value.

We have seen that people who use ultra-processed foods heavily have a 65% higher risk of suffering a second heart attack or stroke, with fatal outcomes, compared to those who do not consume these foods often. Marialaura Bonaccio, author of the study. - Furthermore, the probability of dying from other causes is 40% higher. It is important to underline that the definition of "ultra-processed" food is not related to the nutritional value of these foods, but to its preparation and storage process: in other words, even if a food is nutritionally balanced, it is considered equally ultra-processed. Obviously, it is not the single snack consumed occasionally that makes the difference, but it is the daily diet in its entirety that can save our lives: a diet based on the consumption of fresh and minimally processed products is always to be preferred, as is tradition. Mediterranean has been teaching us for centuries.

This study conveys an important message, namely that it is necessary to free the nutritional value of a food from the way it is prepared and stored: for example, legumes can represent a nutritious and healthy food, but if we eat those precooked and full of preservatives, we are hurting ourselves. Pre-cooked vegetables and vegetables, the researchers point out, do not have the same nutritional value as pre-cooked ones, which also contain substances that are harmful to health.

add a comment of New side effect of ultra-processed foods: they increase the risk of stroke and second heart attack