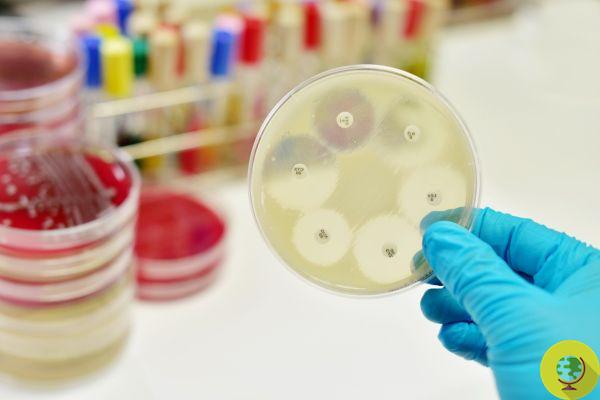 A new natural antibiotic that is also active against antibiotic resistant microorganisms has been discovered in the soil of the Mexican tropical forest.

Un new natural antibiotic which could be useful against superbugs was recently discovered in the depths of tropical forest terrain Mexican. The compound was baptized phazolicin and was isolated by researchers from Rutgers University, United States, analyzing the roots of wild beans (Phaseolus vulgaris), which grow in the forest of Los Tuxtlas, Mexico.


The substance is produced by a bacterium nitrogen fixer belonging to the Rhizobium genus, which lives in symbiosis with legumes.

After isolating the bacterium, the scientists studied the compounds synthesized by the microorganism and, through computerized analyzes, they verified the existence of phazolicin, which was then confirmed in the laboratory.

Then they worked to determine the atomic structure and the mechanism of action of the antibiotic, demonstrating the ability of this substance to target the robosomes of bacterial cells, thus preventing microorganisms from protein synthesis.
In experiments, the substance has been shown to succeed in eradicate a large number of bacteria, even those resistant to antibiotics.

"Antibiotic resistance is a big problem in both medicine and agriculture, and ongoing research into new antibiotics is very important, as they can provide clues for future antibacterial agents," said Konstantin Severinov who led the research.

Thanks to its properties, phazolicin keeps away microorganisms that are harmful to bean plants and may have interesting applications in agriculture and in the fight against antibiotic resistant microorganisms in the crops of other legumes such as peas, chickpeas, lentils, peanuts, soybeans.

In addition to its possible antibiotic properties, the researchers think the compound could also be used as probiotic in the soil, to limit the growth of harmful microorganisms.
As with the human microbiota, the bacterial population in the soil also requires the right mix of microorganisms for the soil to be fertile.

"We hope to show that bacteria can be used as" plant probiotics. Phazolin has been shown to prevent the growth of other potentially harmful bacteria in the root system of agriculturally important plants, ”Severinov explained.

Used as a probiotic, the new peptide may someday help us growing food more sustainably, increasing the resistance of legumes to parasites and consequently the yields of crops.