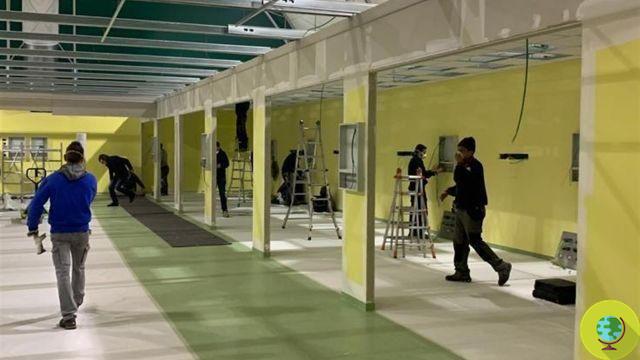 Work has begun at the San Raffaele Hospital in Milan for the new intensive care. And this was possible thanks to the solidarity shown by Chiara Ferragni and Fedez, who a few days ago launched a crowdfunding campaign to support the health system in these particularly critical weeks due to the coronavirus emergency.


The amount collected through the gofundme.com platform is by no means indifferent: in fact, the 4 million euro mark has been exceeded. Over 196.000 people have joined the solidarity campaign and thanks to their precious contribution, the new intensive field therapy will soon be ready to assist patients with complications.

The San Raffaele Hospital expressed all its gratitude to the Ferragnez and to all those who responded to the appeal on their Facebook page.

“In my name and in the name of all the medical and nursing staff involved in this emergency, I want to thank not only Chiara and Fedez but also every single donor. We are working hard and knowing that so many people support us helps us to move forward in our efforts. " - declared Professor Alberto Zangrillo, head of the Anesthesia and General and Cardio-Thoraco-Vascular Resuscitation Unit of the IRCCS San Raffaele Hospital in Milan.

Thanks to donations from the Ferragnez solidarity campaign, work has begun on a new intensive therapy.

Not just wet markets, wild animal farms in southern China are also at the root of the pandemic ❯