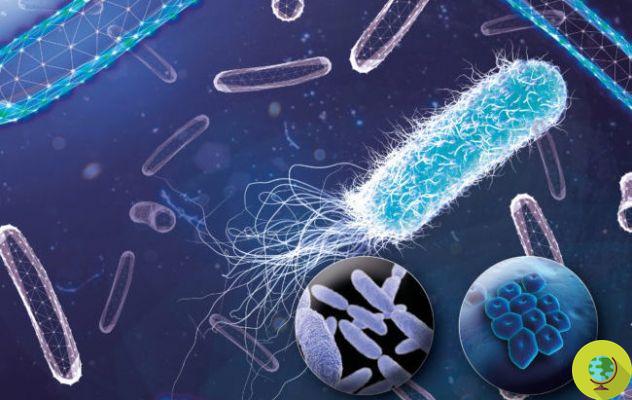 
Research continues around the world to find an effective solution to the problem of antibiotic resistance developed by certain bacterial strains that seriously jeopardizes public health. It seems that now a new study group has taken a decisive step forward by experimenting with a new antibiotic also effective against some super resistant bacteria.

The research, carried out by a team at Northeastern University in Boston led by Kim Lewis, examined 10 thousand antimicrobial compounds and found that one of them, the teixobactin, is able to act and eradicate 3 bacteria that have become very dangerous: it Staphylococcus aureus, Clostridium difficile and Mycobacterium tuberculous.

According to experts this it could be an effective solution to solve the impending problem given that even if the bacteria manage to develop resistance to this new antibiotic this will happen no earlier than the next 30 years. All the time therefore also to develop further strategies to deal with the situation.

Teixobactin basically acts on the cell walls of bacteria by binding to lipid molecules and not proteins, as the more common antibiotics do. Breaking the walls causes the bacteria to be eradicated and at the same time makes it more difficult for them to develop any resistance to the drug.

La Research, which is causing great excitement and satisfaction in the scientific world, it was published in Nature.

Antibiotic resistance: in 2050 some bacteria will kill more than cancer

Antibiotics: abusing them increases the resistance of bacteria

Antibiotic resistance on the rise: correct use is essential

Discovered terrible side effect on the kidneys of rising temperatures ❯