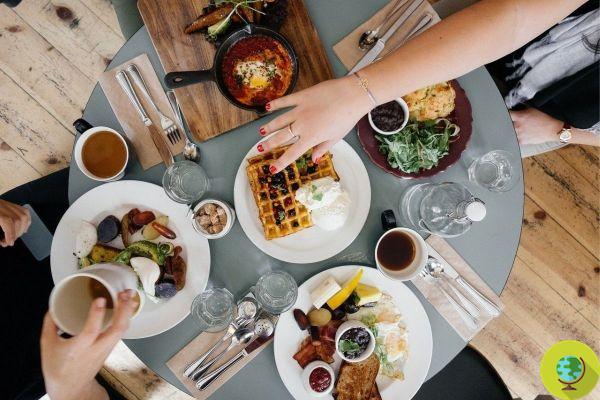 Skipping breakfast deprives us of essential nutrients for the day, according to a new American study. For this reason, those who do not eat breakfast tend to eat more (and worse) during the day and are more likely to run into diseases such as diabetes.


How many times have we heard that breakfast is the most important dish of the day? In fact, from an early age, we were used to sitting at the table and eating something (sweet) before launching into our daily activities. Growing up, however, many people have lost this healthy habit acquired in childhood, falling back on a simple coffee or giving up the first meal of the day altogether.

Now, a new study from Ohio State University reveals that adults who skip breakfast have a better chance of missing out on vital nutrients and making unhealthy food choices throughout the day. The study started by analyzing the eating habits of more than 30.000 adult Americans: it was clear that those who skipped breakfast had deficiencies in vitamin C (resulting from the consumption of fresh fruit), calcium (resulting from the intake of milk) and other minerals and vitamins (found in corn flakes).

Not only are adults who skip breakfast deprive themselves of vital nutrients, such as vitamins and minerals, but they are also more likely to consume more calories, refined sugars and saturated fat throughout the day. Stephanie Fanelli, author of the study. - Over time, this bad habit could increase the risk of obesity or chronic diseases such as diabetes or cardiovascular disease. Breakfast is an opportunity to start the day on the right foot: the food generally consumed for breakfast naturally contains vitamins and minerals (think of fruit or milk and yogurt) or is added with these elements (in the case of biscuits and cereals for breakfast with added calcium and vitamins), which we take in much smaller doses during the day.

Furthermore, according to the researchers, people who indulge in a nice breakfast in the morning are more likely to make healthy food choices during the day: in fact, among the volunteers who participated in the study, those who ate breakfast demonstrated a significantly higher quality of their diet. higher than those who skipped breakfast. To compensate for the lack of nutrients in breakfast, many people eat more at lunch and dinner and indulge in more snacks throughout the day.

Can't hear people when there is background noise? You could take this risk. I study ❯