Mycotoxins in food: the investigation by Altroconsumo 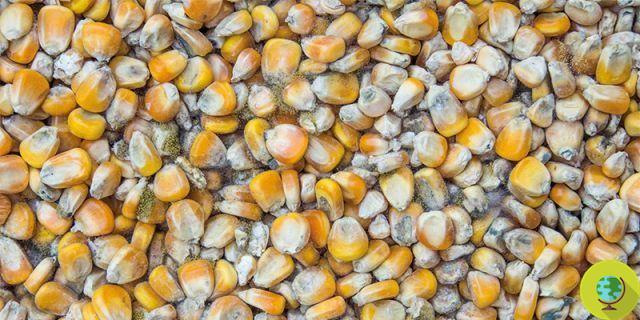 What are mycotoxins? These are natural substances produced by some molds, which can be dangerous to health, according to what was indicated by Altroconsumo, a consumer association that conducted an investigation in this regard. The presence of mycotoxins in food is limited by law, but some of them still escape controls.

WHAT IS THE mycotoxins? These are natural substances produced by some molds, which can reveal themselves dangerous to health, as indicated by Altroconsumo, a consumer association that was responsible for conducting ainvestigation about it. The presence of mycotoxins in food is limited by law, but some of them still escape controls.

The consumer association has revealed that, based on a survey conducted in the Piedmont region, most people do not know at all what they are talking about when it comes to mycotoxins. The debate on mycotoxins, however, remains open in the scientific world, as there would be some not yet known and regulated by law, which could be potentially dangerous.

Mycotoxins not yet sufficiently taken into account should be monitored in such a way as to protect the health of consumers. Altroconsumo, in order to investigate the problem, has decided to lead laboratory analysis on various foods considered prone to mycotoxin contamination, with particular reference to toxins produced by the fungus Fusarium, which would mainly attack wheat and oats.

Mycotoxins are defined as natural type toxins able to form during the growth of some plants, whose development can be determined due to certain climatic conditions or due to the attack suffered by insects, to name a few examples.

Which foods are most exposed to mycotoxins?

Altroconsumo indicates among them coffee, spices, dried fruit, oil seeds and above all i cereals, with particular reference to oats, wheat, barley, rye and corn. Other risky foods include beer and wine. Also products of animal origin they may not escape mycotoxin contamination, which can occur through the feed given to animals. Among them Altroconsumo indicates chicken and pork, eggs, milk and cheese.

What is the impact of mycotoxins on health?

It can differ on the basis of the quantity of contaminated food consumed and the type of mycotoxins involved. There are indeed mycotoxins more toxic than others, Among which the aflatoxins, defined as the most dangerous, for which legal limits have already been established. Preventive control on raw materials is defined as the main weapon for preventing the presence of mycotoxins in ready-to-sell food products.

If it is probably not possible to completely eliminate the presence of mycotoxins in food, the situation, in the opinion of Altroconsumo, can certainly be improved, starting for example from more checks concerning raw material storage practices and along the entire food chain. The presence of mycotoxins in food would be underestimated, especially as regards the types of mycotoxins whose maximum levels in food are not yet regulated by law, as evidenced by the analysis conducted by the association on 60 cereal-based food products. The solution? Request that all mycotoxins that may be present in food are subjected to the law.

Flours harmful to health: the investigation by “Le Iene” on silos

Microbiota Vs Microbiome: What's the Difference and Why You Should Care for Both ❯

add a comment of Mycotoxins in food: the investigation by Altroconsumo