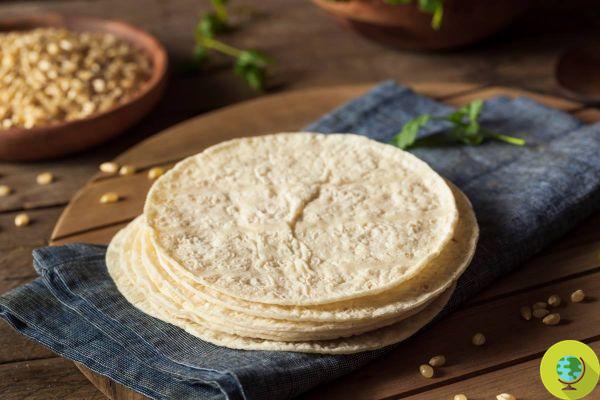 From Mexico comes the alternative to corn tortillas, capable of decreasing blood glucose and cholesterol levels and maintaining body weight.

Mexico ranks first in the world rankings for childhood obesity and second for obesity in adulthood. Scientists from the Istituto Politecnico Nacional therefore worked on a project to design and produce an alternative to corn tortillas, with the aim of improve population nutrition.

The researchers' work led to the development of a special low-glycemic index (GI) barley-based tortilla that could help reduce glucose and cholesterol absorption and reduce obesity.

The alternative to corn tortillas has been baptized Maltitortilla Glucofixe and is ideal for people with diabetes, overweight and obesity. The consumption of this tortilla is also suitable for children, the elderly and people with poor intestinal motility or malnourished.

Why a barley-based tortilla

For the realization of these special tortillas thebarley as best alternative to more because the microvilli present on the intestinal mucosa are not able to hydrolyze the bonds of the polysaccharides present in the cereal. This allows a lower absorption of glucose, therefore a lower blood glucose.

Barley also brings numerous benefits to the body as it contains useful components including vitamins such as folic acid and vitamin K, minerals such as phosphorus, magnesium and potassium and trace elements including iron, zinc and selenium. In addition, the barley contains Lysine, an essential amino acid absent in wheat and corn and used for the synthesis of proteins in our body. Finally, barley contains a compound that has a beneficial effect on mood and has antiseptic properties.

The challenge for the researchers was to find a formulation that guaranteed the set nutritional goal and that met certain consistency and taste requirements.

Scientists will start the process of patenting the new tortilla so that it can be placed on the market. Calculating that Mexico is currently among the states with the largest number of diabetes sufferers, a beautiful food proposal that should however be included in a broader program to fight obesity and diabetes than on habits first of all.

Sciatica: Exercises and natural remedies for inflammation of the sciatic nerve ❯