Mediterranean diet, the secret of longevity confirmed by chromosomes 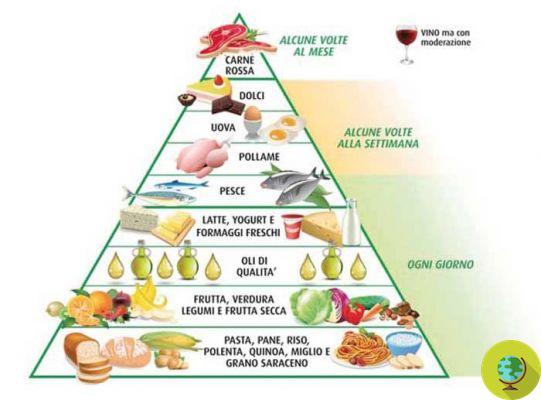 New scientific confirmations on the benefits of the Mediterranean diet. It would be an elixir of life as it keeps telomeres long


A further confirmation of the validity of the Mediterranean diet of which many researches have now highlighted the benefits. The new study has reached the same results obtained from a previous research in which it was already argued that this type of diet resides the secret to living long. Now this claim has also been validated at the genetic level, by analyzing the chromosomes.

The research, carried out by a team at Brigham and Woman's Hospital in Boston and published in the online magazine BMJ, sampled over 4.600 gives sane who were asked to fill out a food questionnaire.

The length of their telomeres, the final part of the chromosomes considered a sort of cellular 'clock', it is in fact very important biomarkers as the shorter they are, the more advanced the aging process is.

What the researchers noted is that, the women who followed a Mediterranean diet, they had the longest telomeres Compared to others. Additional factors affecting the length of these small cellular structures are smoking and obesity as well as inflammation. On the latter the Mediterranean diet is able to act as some of the foods of which it is composed perform the functions of a natural anti-inflammatory. Now the next step will be to understand exactly which foods can protect telomeres from oxidative stress.

Recall that the true Mediterranean diet is that diet that provides for a daily consumption of cereals (better if whole), fruit and vegetables, nuts, legumes and a few proteins of animal origin. Products of excellence of this diet are theextra virgin olive oil and wine, both rich in antioxidants and with protective functions against various pathologies.

Mediterranean diet: the secret to living for a long time

add a comment of Mediterranean diet, the secret of longevity confirmed by chromosomes