Mediterranean diet: the right mix of foods to be happier 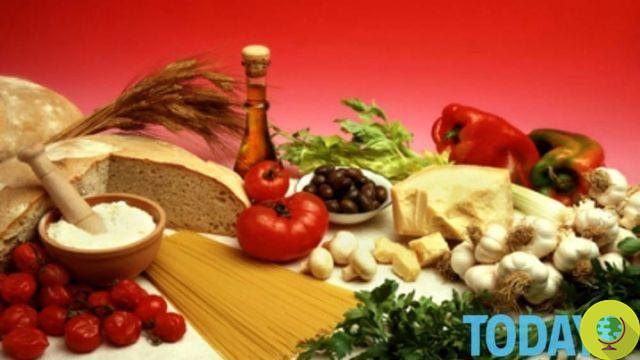 That Mediterranean diet do good health, it has been established for some time. Affecting mood, making you less sad, a certain suspicion, indeed, had come to us, especially whenever we find ourselves hungry in front of a pizza or a nice plate of pasta. The scientific confirmation, however, of the benefits against depression of the eating style that traditionally characterizes the Mediterranean countries, comes one i study spanish published in the Archives of General Psychiatry.


Between 1999 and 2005, 10 healthy subjects were asked to fill out an initial questionnaire about their own eating habits. Almost 5 years later, the researchers found among the participating subjects, 480 new cases of patients in whom depressive symptoms had appeared in the meantime, noting a lower percentage of 30% among those who followed a typically Mediterranean diet, confirming the results of other previous studies in which it was already tried to establish a connection between the lowest percentage of mental disorders recorded in the Mediterranean countries compared to those of Northern Europe with eating habits.

The mechanisms, as the authors are keen to specify, would not yet be clear, but “the role played by all the elements that make up this type of diet could be more important than that played by the individual components. There is likely to be a synergistic effect between omega-3 fatty acids (contained mainly in blue fish) and other polyunsaturated fatty acids and antioxidants present in olive oil as well as with flavonoids and other phyto-compounds present in fruit and vegetables ".

In short, eat cereals, fish, olive oil, nuts, legumes and vegetables typical of the Mediterranean diet, would help improve vascular function, reduce free radicals and also depression thanks to the synergistic action of the different principles that make up these foods which, together , would form, and our grandparents know it well, a formidable healthy mix for mind and body.

Mediterranean diet, the secret of longevity confirmed by chromosomes ❯

add a comment of Mediterranean diet: the right mix of foods to be happier