McDonald's closes 700 restaurants: too much competition or change in food tastes?

Is the number one fast-food chain in the world starting to falter? It is too early to speculate, for sure there is that for the first time since 1970, McDonald's is starting to close its restaurants in the homeland of junk food, America (but not only). Too much competition or change in food tastes?

Is the number one fast-food chain in the world starting to falter? It is too early to speculate, certainly there is that for the first time since 1970, McDonald's begins to close its restaurants in the homeland of junk food, America (but not only). Too much competition or change in food tastes?

At the beginning of 2015, the hamburger giant had announced the closure of 350 locations, to which 350 more have recently been added, scattered among America, Japan and China.
A number that may seem small compared to the total of McDonald's in the world, about 14.300, but the data frightened managers who took drastic measures to counteract the 11% decline in revenues and 30% in profits in the first three months of this year.

The decline in sales could actually be interpreted or with too much competition or with the change of food tastes. McDonald's may have closed on the one hand, because Burger King, Five Guys Burgers, Chipotle, KFC e Taco Bell, just to name a few, they offer lower prices (at the same perceived quality), on the other - and this is the hypothesis we hope - because consumers are tired of eating french fries and hamburgers. 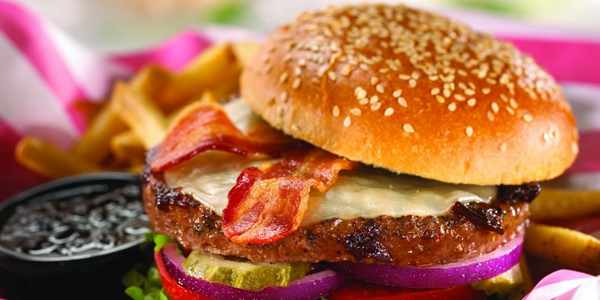 Although lately the McDonald's promotional campaign has been focusing on the slogans of healthy turn, as "controlled crops and zero preservatives" rather than "find out where our fruit comes from", it is difficult to think that those who makehealthy nutrition your lifestyle, will set foot in a fast food restaurant, even if for example this one offers the McVeggie. Proof of this is the boomerang effect of many commercials launched in the media.

The idea of ​​making everyone happy is certainly that of Steve Easterbrook, CEO of McDonald's: “As a world leader, we are evolving to be more attentive to consumer needs but also to those of the competitive market”.

According to the New York Times, after decades of increasing the obesity rate, Americans have gained more awareness at the dinner table. In fact, it decreased by 9% calorie consumption and 25% that of carbonated drinks increased 10% that of fruit and vegetables. Since 1990, thanks to scientific research and awareness campaigns, excesses have also been eliminated in the United States.

Also Michelle Obama with its campaign “Let’s move” for some time now, he has been inviting everyone to exercise and eat better. And it would seem that his appeals from the garden of the White House have hit the mark.

McDonald's vs Pizza: from Naples the counter-spot in favor of pizza

MCVeggie: the vegetarian sandwich for Expo 2015 arrives at McDonald's

add a comment of McDonald's closes 700 restaurants: too much competition or change in food tastes?