Marijuana: soon a chain of stores and a national brand in the US 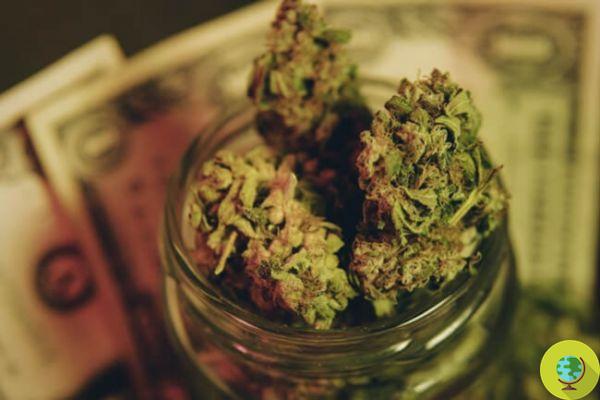 Create the first national marijuana brand and a chain of stores that provide premium quality products. This is the ambitious and brilliant project of Jamen Shively, former manager of Microsft, who jumped at the opportunity offered by the legalization of recreational use in two States of America, Colorado and Washington.

Create the first national marijuana brand it's a Chain of stores that provides excellent quality products. This is the ambitious and brilliant project of Jamen Shively, former manager of Microsft, who seized the opportunity offered by the legalization for recreational use in two states of America, Colorado and Washington.

The initiative was very much appreciated by the former president of Mexico, Vicente Fox, who at a press conference in Seattle, told how the war on drugs is devastating his country. It is on this occasion that Shively discussed his plans to launch the new marijuana brand, whose name is a tribute to his great-great-grandfather Diego Pellicer.

The company is joining forces with the chain of medical marijuana vending machines operated by John Davis, as well as those in Colorado and California. The planned investments amount in total to $ 100,000,000 in three years, but there will be tens of millions of customers and more than 1.000 jobs at Diego Pellicer's Seattle office alone.

"This is a historic step that must be carefully observed and evaluated by all of us, because it is a turning point - he said Fox - I applaud this group that has the courage to go on ”. There is a clear vision for the future and I am sure we will achieve it ”. Washington and Colorado now look forward to kick off marijuana sales for adults in over 21 of the state-licensed stores starting next year, while marijuana for now remains illegal under federal law, that Diego Pellicer intends to respect. But the Berlin Wall of cannabis prohibition is crumbling and the new marijuana “big names” are starting to make their way.

- Legalization of Marijuana: what are the consequences for the environment?

add a comment of Marijuana: soon a chain of stores and a national brand in the US